MVRV, one of the strongest Bitcoin indicators, offers signals supporting the bullish rally, according to analysis from Coindesk’s Omkar Godbole. Using Glassnode data, Godbole emphasized that the indicator with the MVRV Z-score of 2.12 is still below the historically peaked value of 7.0. 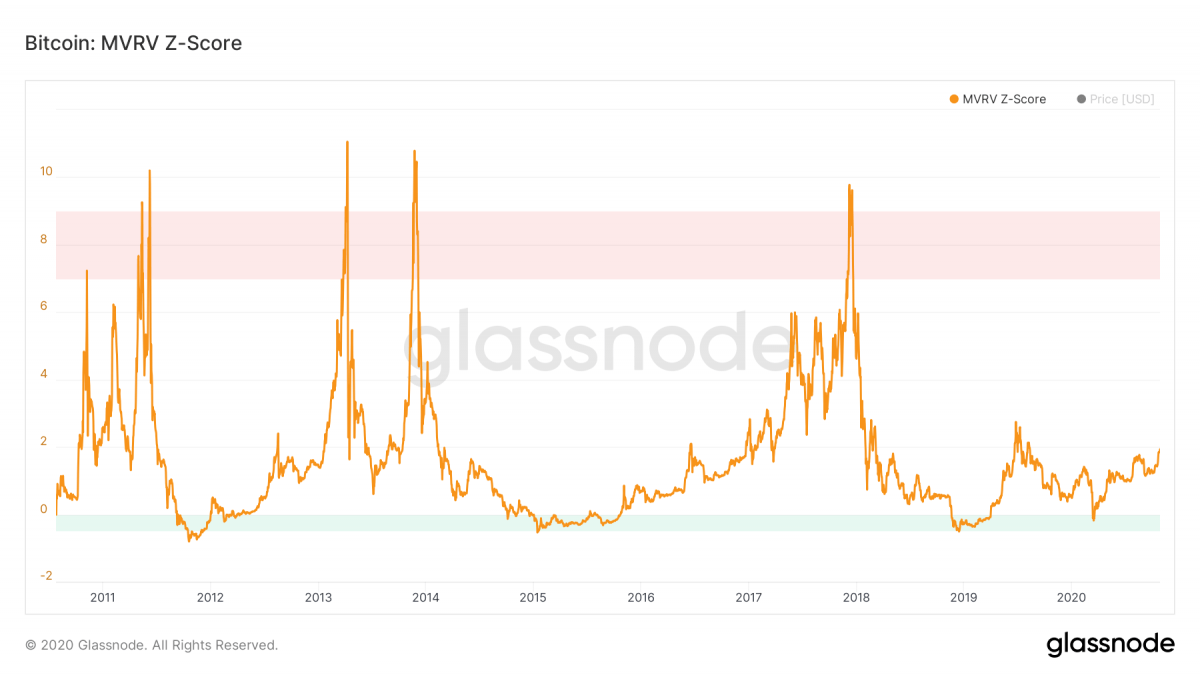 What does the MVRV Z-score value say?

Although Omkar Godbole says that Bitcoin is a little overvalued, it has enough room to rise after the lows seen since March. Godbole pointed out that Bitcoin, which fell as low as $ 3,867 in March, has risen since then. Godbole, who tired the rise in Bitcoin to increase the number of institutional investments and Bitcoin adopters, also mentioned the announcement that PayPal will support Bitcoin and other cryptocurrencies and stated that the rise in Bitcoin will continue.

Godbole also stated that this historical indicator is an indicator that contradicts the data it shows. Saying that the 14-week RSI indicator data is above 70.00, the analyst said that according to this value, Bitcoin should be overbought. However, it was stated that technical analysis indicators may not always show the correct value on time. According to Godbole, a minor retracement or consolidation may occur following the overbought signal.

Godbole said Paul Tudor’s remarks on CNBC support MVRV analysis. Tudor stated on CNBC on October 22 that Bitcoin has a long way to go and that Bitcoin is the best investment tool to choose to avoid inflation.

The Witcher season 2: This photo says a lot about the...

This was Jennifer Aniston’s first love

What awaits us with Google Pixel 6?

Why Are These Three Altcoins Rising As Bitcoin Shakes?