Home Crypto According to the expert analyst, the top 5 altcoins will put an... 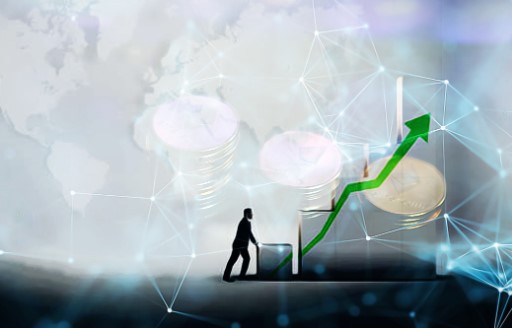 The cryptocurrency market is bleeding right now. However, it is also clear that some of the long-declining altcoins are growing today. Cheeky Crypto, a YouTube channel dedicated to cryptanalysis, draws attention to these 5 altcoin projects, saying that they will put an end to the bear market.

Ripple, which came to the fore, especially because its case with the SEC was not completed, is known as a digital asset created for global payments. Ripple is gradually building up its potential, especially with the growth of institutional adoption in the past year. At the time of this writing, XRP is trading at around $0.5, down 2% over the past 24 hours. The analyst states that after the SEC lawsuit, XRP will reach new ATH and will play an important role in getting rid of the bear market due to the reliability of the project.

The second altcoin in the field of view of analysts is Elrond (EGLD). Elrond is known as the protocol that promises the fastest transaction using the fragmentation method. In addition, Elrond attracts attention with its transaction fee of less than $0.001. Therefore, the analyst emphasizes that EGLD will be more preferable and ready for an uptrend. At the time of this writing, EGLD is trading at around $112, having increased by more than 3% in the last 24 hours.

Quant, the third altcoin proposed by the analyst, aims to unite networks on a global scale without reducing the efficiency and compatibility of networks. Thus, thanks to this function, Quant becomes the first project to solve the problem of interoperability. The analyst, on the other hand, says that the opening of Quantum is close and will gradually increase its market value. At the time of this writing, QNT is trading at around $74.5, down almost 4% in the last 24 hours.

Ziliqa, which is growing even in a bear market and attracts attention with the reverse movement of all cryptocurrencies, especially in February-March, is important because it allows betting and profitable farming, as well as provides additional functions in many projects. The risk-reward ratio in this project is stable, and the analyst claims that we will witness further growth of ZIL. At the time of this writing, ZIL is trading at around $0.07, down more than 2% in the last 24 hours.

Harmony, the last altcoin in the list of analysts, is recognized as an easy-to-use blockchain platform consisting of DApp applications. Hamony, like Ziliqa, is one of the rare altcoins that managed to stay strong in the bear market of cryptocurrencies. Thus, the analyst emphasizes the reliability of Harmony with this feature, as well as Ziliqa, and reports that these two altcoins will grow more than expected with the growth of cryptocurrencies. At the time of this writing, ONE is trading at around $0.06, down 0.7% in the last 24 hours.