Home Entertainment According to Sega, there are no free demo versions of Sonic Frontiers... 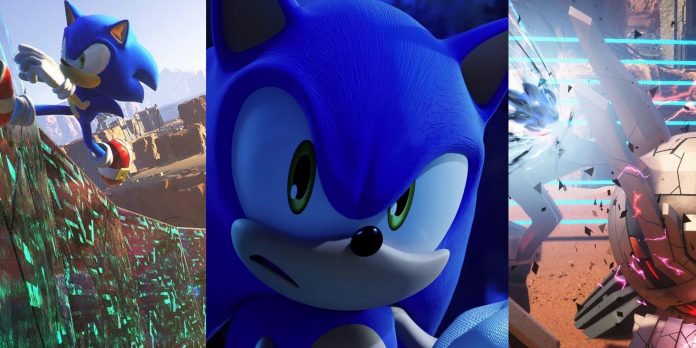 Sonic Frontiers intrigued players last year as this game marks the first Sonic the Hedgehog game with an open area. Fans have been curious about how this new game has been played since the first full trailer at The Game Awards. However, it seems that many fans will have to wait for the launch of the game to try it out, since Sega has stated that it does not plan to hold a public demo.

Among the many interviews conducted at Gamescom, Takashi Iizuka, head of Sonic Team, was asked about Sega’s idea to release a public demo of Sonic Frontiers. According to him, a more massive demonstration is not planned, instead, he says that fans can come and personally try the game at conventions such as Tokyo Game Show and EGX.

Back in June, the demo of Sonic Frontiers gameplay left much to be desired due to the dubious build used for the footage, which left many future players confused and unsure. This led to many fans asking to postpone both the demo and Sonic Frontiers.

When fan feedback about the gameplay reached Sonic Team, Takashi Iizuka publicly stated that fans “don’t understand yet” how Sonic Frontiers works. With such a statement from Sega’s most famous development team, it naturally made sense to release a demo soon after so that players could get a chance to find out what Sonic Team was aiming for.

Instead, it seems Sega has decided to skip the release of the demo, as a result of which many fans who cannot attend major gaming conventions do not have the opportunity to try out the ambitious new release before its launch. Sonic Frontiers has relied on some strange marketing strategies in the last few months, and this is another strange decision for a game for which Sonic Team has publicly stated high internal sales goals.

At least, players don’t have long to wait for the ambitious game to finally appear on store shelves. As part of Gamescom, it was announced that Sonic Frontiers will be released worldwide on November 8. Even though a significant number of potential players may want to try out the game before buying, it looks like they may have to buy it to really see what it has to offer.

10 Studio Ghibli Animated Creatures That Are Too Cute To Be...