Home Sport According to reports, the star of European football was robbed at gunpoint 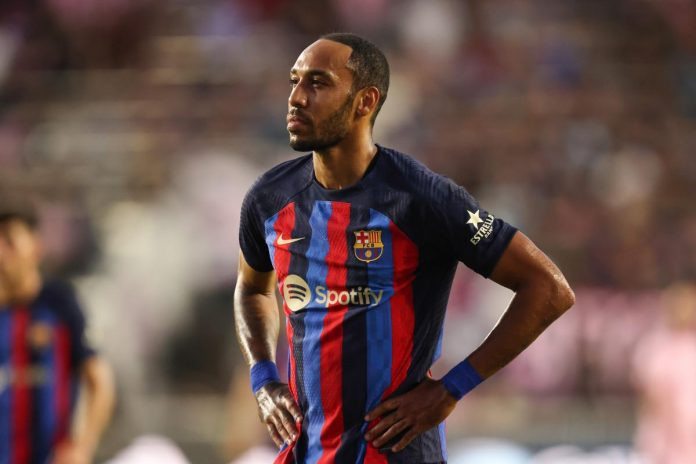 Soccer superstar Pierre-Emerick Aubameyang and his family were the victims of a horrific home robbery on Monday morning.

According to ESPN, the FC Barcelona striker and his wife were targeted by an armed group of robbers with iron bars at their home in Castelldefels on the outskirts of Barcelona, Spain. None of them were seriously injured.

According to the report, Aubameyang and his wife were handcuffed and tied up for a long time during the burglary. His two children may have been there together, but this detail remains unclear.

Aubameyang was forced to open a safe with jewelry and other expensive items that were seized. The thieves have yet to be caught, and the extent of injuries that Aubameyang could have received has not yet been reported.

Pierre-Emerick Aubameyang became a world star playing for Borussia Dortmund between 2013 and 2018. He was the Bundesliga’s top scorer in the 2016-17 season, scoring 31 goals that year. In total, in 213 games for Dortmund, Aubameyang scored 141 goals.

The following year, Aubameyang made a high-profile move to Arsenal, but it was a little harder to score goals in the Premier League. He scored 68 goals in 128 Premier League matches and 92 goals in 163 games.

That didn’t stop Barcelona from signing him when he became available as a free transfer in February this year. And in just 17 La Liga games, he scored 11 goals.

We wish Pierre-Emerick Aubameyang and his family a speedy recovery.