Home Entertainment According to Marvel’s Media, Spider-Man is a mutant. 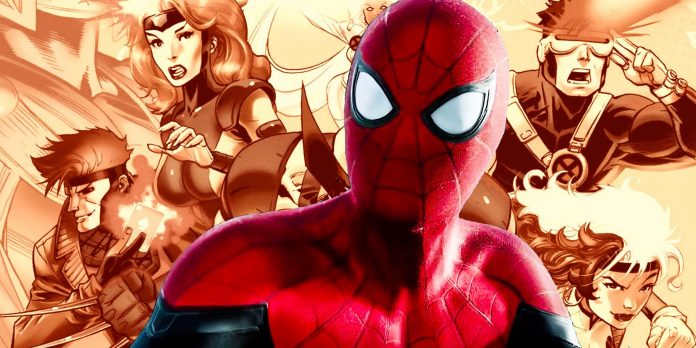 Marvel’s Spider-Man is officially a mutant and belongs to the X—Men-at least that’s what the Daily Bugle thinks. Peter Parker is the most prominent hero of New York in the Marvel universe, and although many citizens love him, the press equally hates and scolds him. Now in Immortal X-Man #4, Jay Jonah Jameson takes advantage of the recent controversy surrounding the X-Men to spread the lie that Spider-Man is actually a mutant.

Peter Parker was quite famous for being bitten by a radioactive spider back in Amazing Fantasy #15 in 1963, and about a day after that he got spider abilities. Radioactivity became the source of the powers of many Silver Age superheroes, including the Fantastic Four, the Incredible Hulk, Hazmat and many others. And although adaptations such as Sam Raimi’s 2002 Spider-Man movie have replaced the energy source with a genetically modified spider, the comics have remained the same. this aspect of origin. Very few people, other than Spider-Man himself, know the source of his power, and he keeps it a secret along with his entire personality.

In Immortal X-Men #4, written by Karon Gillen with art by Michele Bandini, the secret of the X-Men’s immortality is revealed to the world outside of Krakoa. This is demonstrated in the inflammatory headline “IMMORTAL X-MEN: Conquerors of Mars have conquered much more!” A separate heading in the corner of the first page asks if Spider-Man is a mutant. “We will look at some signs indicating ‘yes!’,” promises Horn.

J. Jonah Jameson is nothing but an opportunist, and his idea to publish an article postulating that Spider—Man is a mutant at this particular moment is brilliant. The discovery that the X-Men (and all mutants) can reliably cheat death with their resurrection protocols means that anti-mutant sentiment is at an all-time high. Linking Spider-Man to mutants means that Jameson can, in his opinion, make New Yorkers hate the local crawler as much as the X-Men. Jameson hated Spider-Man for many years and made it his life’s goal to see him leave New York, thanks to his own articles in the Daily Bugle.

Unfortunately for Jameson, New Yorkers love Spider-Man. Peter’s name has been trampled into the mud many times, and he has always remained on top; despite Jameson’s best efforts, Spider-Man continues to travel around the city and save people, despite the negative press. Moreover, it seems that New Yorkers probably don’t even care about the origin of Spider-Man’s abilities – even if he is a mutant, he is connected to the city in such an iconic way that even a connection with the X—Men won’t matter. shoot him down.

Next Level Games Is In Charge Of Mario Strikers: Battle League...