Home Entertainment According to Kojima, it took years to turn live action into Metal... 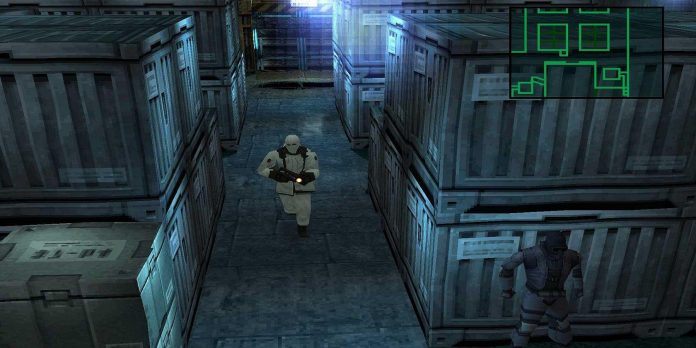 A few days ago, Metal Gear Solid for PS1 turned 24 years old, and recently the creator of the game took to Twitter to discuss one difficult obstacle that had to be overcome during development. Hideo Kojima is the mastermind behind Death Stranding, but is perhaps best known for the Metal Gear series, which originated in the 1980s. During the making of the 1998 film, the Japanese author said that he had some problems adding live footage to the stealth title.

Currently, Kojima says that he has much more experience in such things, and since then he has had more contacts. As one of the most famous spy franchises in gaming history, Metal Gear Solid made a name for Kojima, who had been producing and developing games for almost ten years before the release of this game. Many older fans will remember the first time they encountered a stealth game for PS1, and it may seem a little overwhelming to learn that it was originally released almost a quarter of a century ago.

Recently, many tweets have been talking about the little things related to the development of Metal Gear Solid. According to the director himself, he didn’t know who to turn to when it came to inserting footage from documentaries into a PlayStation game. Although the console itself could play compressed movies, Kojima said he reached out to Japanese broadcaster NHK or Nippon Hōsō Kyōkai, but it “went wrong.” As a result, it took several years before he was able to buy the necessary frames, as well as edit them and get the rights to use them.

It’s also not the only game in the series that has reached the milestone. A few weeks ago, the first Metal Gear turned 35, originally released in the summer of ’87. industry, helping to formulate the beginning of the stealth genre.

Considering that Hideo Kojima announced his new podcast at Gamescom, as well as a number of projects that he is said to have directed, this man is clearly still busy. Over the past three and a half decades, he has managed to stand out in an ever-competing industry, and, undoubtedly, many are interested to see what unique ideas he has up his sleeve for future endeavors.

Metal Gear Solid was released in 1998 for the PS1.

The star of the series “Grey and Anatomy” Ellen Pompeo called...

Will power fail if electric cars take to the streets of...