Home Entertainment According to Jada Pinkett-Smith, one of the positive aspects of all the... 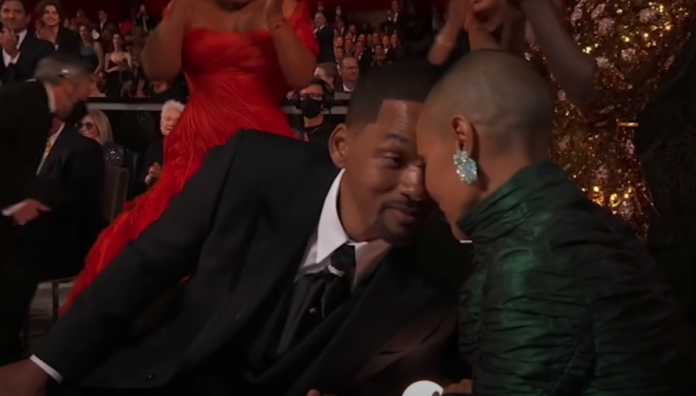 Will Smith, Jada Pinkett-Smith and Chris Rock became the subject of conversation at the 2022 Academy Awards ceremony after an unexpected slap incident that occurred on the stage of the Academy Awards ceremony. And they continue to be a hot topic after almost three months, while we’re trying to figure out “What now?” Both sides have mostly remained silent since the viral moment, but Pinkett Smith has been open about one positive side of the situation.

If you remember, Chris Rock’s joke was, “Jada, I love you, G.I. Jane 2, I can’t wait to see this.” This caused Will Smith to laugh and Jada Pinkett-Smith to roll her eyes. Apparently, as soon as Smith saw how his wife reacted to the joke, he went on stage and slapped Rock in the face. He then yelled at him from his seat to “get your wife’s name out of your fucking mouth” while Rock stayed on stage. Smith received his first Oscar the same night shortly after the incident.

The joke that led to the slap was related to Jada Pinkett-Smith’s lack of hair, which is actually the result of alopecia, an autoimmune disease that causes hair loss. Jada Pinkett-Smith shared this after the Oscar hype:

I have had so many contacts with people who suffer from alopecia, who have children suffering from alopecia, and they don’t talk about it because there is so much shame around it. There are so many people around who have alopecia that we don’t even know about, so I felt it was so important to just let the alopecia community, our brothers and sisters, tell their story. I don’t think people understand what alopecia is and don’t understand its consequences.

During the first episode of her Red Table Talk show after the Oscars (which also featured her mother Adrienne Banfield-Norris and daughter Willow Smith), the star only briefly mentioned the night, sharing her hopes that Smith and Rock would “reconcile.” Perhaps knowing that all eyes would be on her, instead she spent the entire episode telling others stories related to alopecia.

At the same time, Jada Pinkett-Smith decided to remove herself from the comments by the night itself and focus on the positive — on the “thousands” of people who approached her about living with alopecia. As she also shared, she wanted to use the moment to give the community an opportunity to talk about her experience with this disease.

Given how important the topic is to her and her family, the actress could have taken the time to delve into what happened with this incident, perhaps enter into a discussion, but it seems she focused on highlighting awareness of alopecia. And after the slap in the face on Oscar night, more people are reportedly learning about alopecia than ever, as the number of “alopecia” requests increased by 2 million (which is 600%), according to a marketing study by Murray Dare. In addition, the number of news articles mentioning this condition has increased dramatically by 40,000%. Unintentionally, perhaps, Oscar’s slap in the face has given more people an understanding of what the condition is and the struggle that is often associated with it.

After the slap, many people shared their opinions about what happened and what should happen next. Since then, Will Smith has been banned from participating in Academy-sanctioned celebrations for the next decade, and upcoming films featuring him have been suspended. Let’s see what else happens as a result of Smith’s situation with Chris Rock.

Need for Speed: Most Wanted Is Realistically Recreated in BeamNG Drive