Home Entertainment According to Anica research, exports of Italian feature films doubled from 2017... 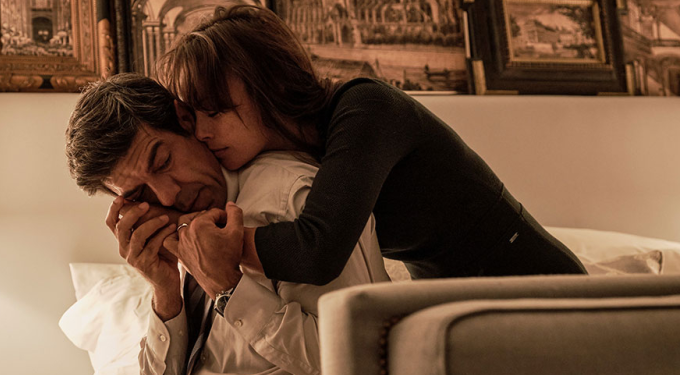 According to a landmark new study commissioned by the local cinematographic organization Anica, the number of Italian feature films that received a home outside Italy doubled between 2017 and 2021.

Excerpts from a study conducted by Emilio Pucci at eMedia for Anica were presented at a presentation at MIA Market in Rome on Wednesday.

Preliminary results of the study showed that 96 to 118 Italian feature films were distributed outside Italy in 2021, compared to 43-52 in 2017. country.

Pucci explained that it was difficult to provide accurate data because the information was still being verified, so the report provides estimates of the best and worst-case scenarios.

“This is the first time such work is being carried out,” Anica Secretary General Francesca Medolago Albani said.

“The first results gave us faith in the method and made us realize that there is still much to discover to explain the trajectory of the Italian industry in recent years.”

This first study will be the basis for future research.

One of the trends that was found to have contributed to the increased international mobility of Italian films was the increase in the number of co-productions with Italian partners, which grew to about 50 per year from 2019 to 2021, compared with an average of 30 between 2012 and 2016.

In 2021, 49% of the traveling features were shared, 26% were purchased or ordered for global platforms, and 24% were selected for theatrical release.

The study also attempted to establish the economic value created by the international circulation of Italian films.

Combining the amounts invested by minority co-production partners, contributions from state and pan-European financial authorities, minimum guarantees of buyers and income received from international markets, the study showed that this figure is from 59 to 114 million euros in 2021, compared with from 19 million to 30 million euros in 2017.

According to Pucci, the investments of global platforms were not included in this initial study because it was too difficult to get accurate data from streamers.

The report also examines the directory sector. Currently, there were 33 Italian companies that dealt with 4,300 titles issued before 2016. Revenues from these catalogs in 2021 were estimated in the range of 6 to 12 million euros, which is 10-15% more than in 2017.

Producer Carlotta Calori, co-founder of the Rome-based company Indigo Film, and Andrea Occhipinti, CEO of the production and distribution company Lucky Red, were among those who joined the panel discussion on the results of the presentation.

Calori said the data is consistent with what she has experienced in international markets and co-production events.

“Seven, eight years ago, we often felt like we were in the second row,” commented Kalori. “If there was no Italian element in the film, we didn’t watch it. Today the situation has changed dramatically. We see an incredible interest in our productions.”

She suggested that this change in attitude was caused by a number of factors, including the work of regional film commissions to attract production, the advanced training of technical specialists in the country and the emergence of a new generation of cinematographers and writers with international thinking.

Albani of Anica also pointed to the impact of government policies on supporting the film and television sector, including tax incentives, as well as more targeted tools such as the Film Distribution Fund and the International Minority Co-production Fund.

Occhipinti suggested that global platforms have also played a role by introducing Italian cinema to viewers who have not traditionally watched films from Italy.

However, welcoming the positive trends in the report, the producer and distributor stated that additional work needs to be done to further increase the international popularity of Italian films.

He noted the poor showing of animation in the export mix, which accounts for only 1% of films that have received international recognition.

According to Occhipinti, in addition to revealing the “scandalous” lack of support for the production of animated films in Italy, this figure also indicates the need to diversify the supply of feature films in Italy.

He suggested that the country should take a leaf from the book of France.

“They are extraordinary. Their exports range from Luc Besson films, which sometimes seem American, to animation and nature documentaries. The diversity of their offerings is fundamental. After American cinema, perhaps French cinema is the most in demand, at least in terms of what we buy for our list,” he said.

He also raised the issue of the lack of a full-fledged film market in Italy on a par with Cannes.

“The biggest promoter of the French film industry is the Cannes Film Festival with its festival and market,” he said. “Everything is there, if you analyze the product, 90% of it is produced, distributed, sold and co-produced by a French operator.”

“We don’t have such a powerful tool. There is no strong market in Venice. Rome is moving in this direction, but there is no real broad strategy or discussion about it. And I think we need to think about it seriously.”

Street Fighter 6 Reveals the Theme music for Yuri and Kimberly

Better Call Saul: What we suspected about the actress who plays...