Home Entertainment According to 1 convincing theory, none of the BlackPhone ghosts are real 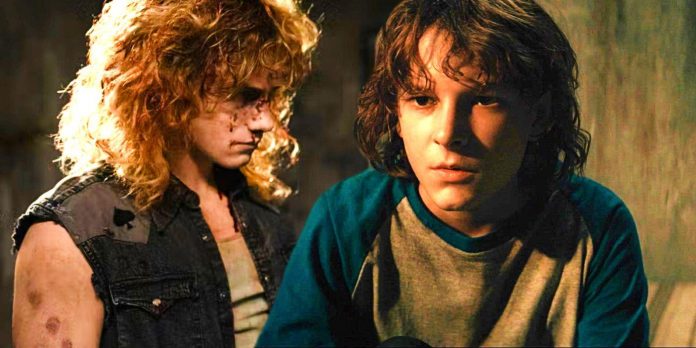 Warning: This article contains spoilers for The Black Phone.

After The Grabber kidnaps him, The Black Phone protagonist Finney uses help from ghosts to survive – but one theory suggests these ghosts were never real in the movie. The Black Phone marks the return of co-writer/director Scott Derrickson to horror, the genre that first made him famous thanks to movies like Sinister and The Exorcism of Emily Rose. It is an adaptation of a short story by Joe Hill, and an especially brief one too, making it impressive that such a heavy expansion worked out.

One of the reasons there’s so many bad Stephen King adaptations is that so many filmmakers have attempted to adapt brief stories into features, usually to disappointing results. Despite having elements added to fill out the runtime though, The Black Phone manages to pull off a delicate balancing act in that it is still a quite faithful adaptation of Joe Hill’s short story, retaining the same basic premise and characters, along with most of its notable plot beats.

Related: The Black Phone Cast Guide: Who Plays Every Character

The Black Phone’s central conceit is that young Finney (Mason Thames) manages to survive being taken captive by a serial child killer known only as The Grabber (Ethan Hawke) due to help from the ghosts of the man’s prior victims. It’s a somber but also cathartic setup, as while it is sad that so many kids have been killed by The Grabber before Finney, it is applause-worthy to see that kind of human monster get what he deserves at the hands of those he tormented. As bittersweet as that idea is, though, there’s a real argument to be made in regards to the theory none of the ghosts are actually real – at least outside of Finney’s head.

Only Finney Actually Talks To The Black Phone’s Ghosts

As powerful as the scenes where Finney answers the titular Black Phone and has conversations with the ghosts of kids murdered before him are, it is worth remembering that Finney is the only character to ever actually exchange words with these spirits. In fact, he is the only one who directly interacts with them at all. While The Grabber does hear the unplugged phone ring on occasion, there are plenty of real-life reasons that might happen, including the static electricity one The Grabber mentions in the film.

Some might argue that the scene near the end in which Finney forces an incapacitated Grabber to hear the taunts and insults coming from his old victims through the phone, first saying “It’s for you!”, proves they are real. The thing is, there is no concrete evidence The Grabber actually hears anything when this happens during The Black Phone’s ending moments. His expression does not really change, as he is already being actively strangled with the phone cord by Finney at the time. He says nothing in response to the ghosts either – although to be fair, he probably was not able to speak by then. Finney’s interactions with the ghosts also feed into this idea, as he is the one with all the information about them, having to remind them even of who they are. That is because Finney has been watching all the coverage of the kidnappings, and has a wealth of knowledge about the other victims.

The Black Phone’s subplot about Finney’s sister Gwen does certainly suggest that the ghosts in the movie are in fact real. After all, Gwen is shown to have psychic powers – gifts that eventually show her where The Grabber is located. Or at least his general vicinity, as it turns out. In several of these visions, Gwen sees the ghosts herself, which would seemingly prove they are not just a creation of Finney. Yet, a closer look again establishes that theory to be viable.

When Gwen sees the ghosts of The Grabber’s victims in her visions, they are always seen either in flashback to when they were alive or as a ghost that happens to be doing exactly what Finney saw or heard them do. They only thing they do without Finn’s direct involvement is appearing in front of Gwen’s bike when she gets near The Grabber’s mask-filled house. This could actually suggest that Gwen’s psychic powers are enabling her to form a mental link with Finney. This would explain why when she sees the ghosts – they are doing and saying what they were in front of Finney in the basement. Gwen is not seeing real ghosts, she is seeing what Finney perceives to be real; the ghosts that he has invented to help him survive and not crack mentally under duress.

Another factor that suggests The Black Phone’s ghosts are real is how the ghosts seemingly help Finney to invent the means by which he manages to trap and kill The Grabber before escaping, presumably precluding a Black Phone 2. Each ghost introduces a new secret about the basement room that later comes into play during Finney’s revenge on The Grabber. However, it’s worth note that Finney is obviously a bright young man and very resourceful from the start of the film. He even manages to seriously injure The Grabber’s arm during capture, something it appears that no prior victim had been able to do.

Finney is in The Grabber’s basement for several days with little to do but inspect the place and try to formulate escape plans, and it is not all outside the realm of possibility to think he could have discovered all that and put it to use without ghostly help. The calls he got from the ghosts during the positively reviewed Black Phone could easily just be Finney mentally externalizing the thought processes his incredibly worried mind was going through, including the one that told him that going upstairs was a bad idea. It seemed pretty obvious that The Grabber left the door open on purpose, and thus it would not have taken a ghost to put together that going up would be bad. Thanks to Gwen’s psychic visions being right, the supernatural clearly does exist in the world of The Black Phone, which might suggest The Grabber himself could return in a theoretical later installment. In this case, though, there’s a very real chance that the theory surrounding the ghosts not being real is correct, and Finney simply relied on the memories of The Grabber’s previous victims – one of which was his best friend – to help him deal with his nightmarish situation.

Watch the ninja prove his baking skills in the exclusive Season...