Home Tech According To Research, The World Was Covered With Oceans 3 Billion Years... 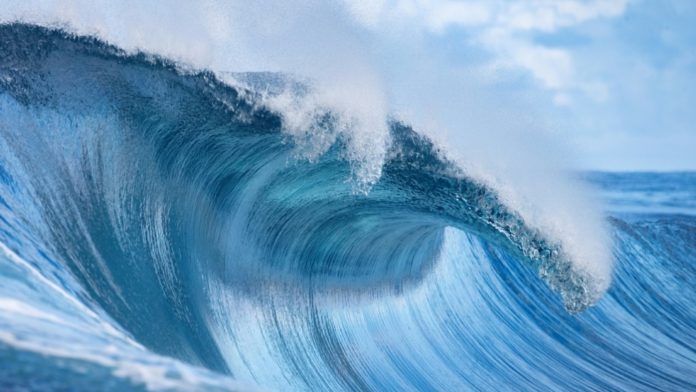 A new study can change what we know about the history of the continents. A study on 3.2 billion years old rocks in Australia shows that the surface of the Earth was completely covered with water 3 billion years ago.

How did the surface of the Earth look 3 billion years ago? Many people who have been thinking about the formation of the planet have thought at least once what the Earth looked like billions of years ago in a moment of life. A new study offers a new answer to this idea.

Scientists have obtained evidence that the surface of the Earth was completely covered with water, 3 billion years ago, and plate tectonics pushed rocky terrains over the years to form continents. Evidence was obtained from the ancient sea floor in the northwest of Australia.

The world began to form as a result of high-speed collisions of space rocks and dusts about 4.5 billion years ago. These collisions created a magma sphere that is miles deep. The resulting magma sphere started to cool off the surface over time. Ultimately, after 1000 to 1 million years, the first minerals were formed in the Earth’s crust.

Benjamin Johnson, a scientist at the Department of Geology and Atmospheric Sciences at Iowa State University, said that it is difficult to tell the source of the water at this stage, but water still exists while the magma continues to keep the surface warm.

Benjamin Johnson and Boswell Wing from Colorado Boulder University collaborated on the study of the history of the Earth’s surface. In the study carried out in the northwest of Australia, the rocks containing a hydrothermal system dating back 3.2 billion years were examined.

Oxygen isotope samples taken from the ancient rock also brought unexpected results to the researchers. Researchers encountered surprise results when they analyzed more than 100 samples of sediments from ancient cliffs. Researchers realized that the oceans harbored more oxygen-18 than oxygen-16 3.2 billion years ago. (Oxygen-18 is an oxygen isotope more commonly found in modern oceans than oxygen-16.)

These results obtained from the analysis of the residues were remodeled using computers. Computer models showed that the land mass reached oxygen-18 from the oceans. The ratio difference between these oxygen isotopes showed that there were no continents on the planet 3 billion years ago.

Benjamin Johnson and other scientists who study the history of the Earth’s surface also agree that the surface of the Earth was once covered with oceans. However, how much water rises above the planet’s crust is still a matter of debate. Johnson said the results of the new study imposed new restrictions on land presence above sea level.

In addition to presenting ideas about how the Earth’s surface looked like in the past, the research can also offer new ideas on how the earliest forms of life on the planet developed. Johnson says there are two camps for the origin of life: hydrothermal vents on land and ponds on land fragments. Johnson explained that if his findings were correct, 3.2 billion years ago he was either at an early stage of life or not at all.