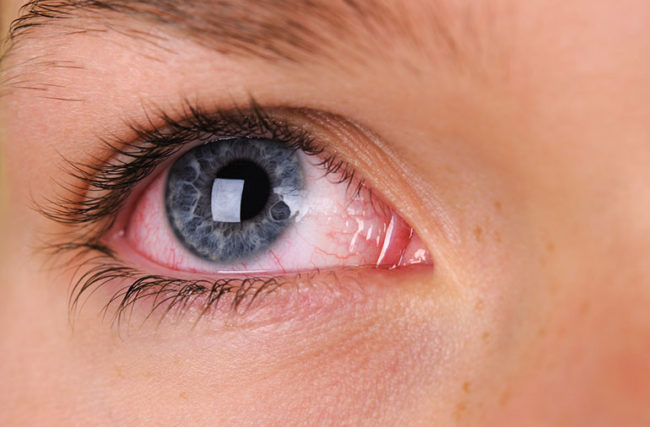 COVID-19, known as the new type of coronavirus, which has been transmitted to more than 2 million people until today, continues to amaze the world of science. In a new study in Italy, one of the places where the epidemic hit the most, it turned out that the coronavirus lived in the eyes for more than 20 days.

According to a study published in the journal Annals of Internal Medicine on April 17, on January 23, a 65-year-old woman flew to Italy from Wuhan, China, where a new type of coronavirus epidemic began. Five days later, COVID-19 began to experience symptoms and was hospitalized the next day.

The first symptoms included dry cough, sore throat, inflammation of the mucous membrane of the nose and conjunctivitis, that is, reddening. The result of the coronavirus test on the 65-year-old woman was positive as predicted. The woman who was treated immediately showed symptoms such as fever, nausea and vomiting after a few days.

One of the symptoms that occur in COVID-19 disease is reddening of the eyes.
At the end of the third day, health professionals who took a sample from the eyes of the woman discovered the SARS-CoV-2 virus in the finding. The medical team used eye cleaning diapers for the woman daily. According to the report, although the conjunctivitis disorder experienced by the woman was resolved on the 20th day in the hospital, the virus remained until the 21st day.

For the next few days, the virus could not be detected in both the nose and eyes, but on the 27th day, the virus once again manifested itself in the eyes. The study’s authors said that the SARS-CoV-2 RNA was seen in the ocular swab days after it disappeared in nasal swabs. Moreover, the researchers noted that by using laboratory tests that replicate viral particles, the sample of the virus from the woman’s eyes is proliferating.

Eyes may be a source of infection for the new type of coronavirus
“We have found that the ocular fluids of patients infected with SARS-CoV-2 may contain infectious viruses, and therefore may be a potential source of infection,” the researchers said. He emphasized the importance of not touching the nose, mouth and eyes and washing hands frequently.

The researchers also said that ophthalmologists should pay attention during clinical examinations because the eyes can be both a source of entry and spread to the virus. Some Chinese reports have previously stated that the eyes may be a source of infection for the coronavirus, but how contagious the infection is from the eyes remains unclear.

Study of the Amazing Complexity Brain Structure of Cuttlefish