Home Tech According to a Research, Artificial Intelligence Can Be Misleading in Search of... 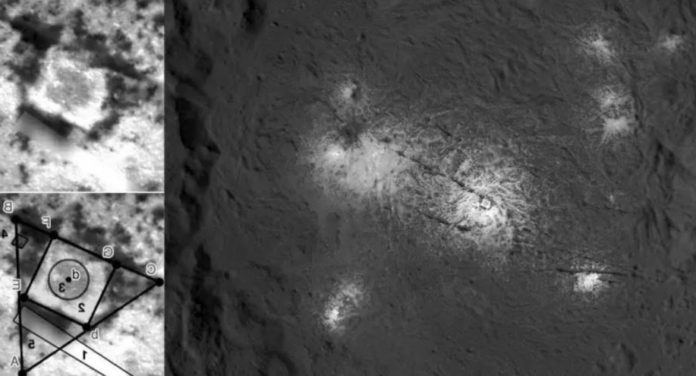 Humanity has been looking for evidence of life for creatures that have existed in another corner of the universe or have existed for a long time. Although studies for extraterrestrial life continue, there is no evidence to date. However, as technology evolves, working tools in this field are getting more and more evident to obtain evidence.

A research was carried out at Cadiz University in Spain to see if artificial intelligence could be used to investigate evidence of extraterrestrial life. In the research, images obtained from the dwarf planet Ceres were used.

There are bright spots in a crater called Occator on Ceres’ surface. It is thought that bright spots that are not exactly determined what they are may be ice or salt particles.

One of the bright spots in the Occator shows a geometrical shape. Gabriel G. De la Torre from Cadiz University conducted a study to determine how people and artificial intelligence interpret these shapes.