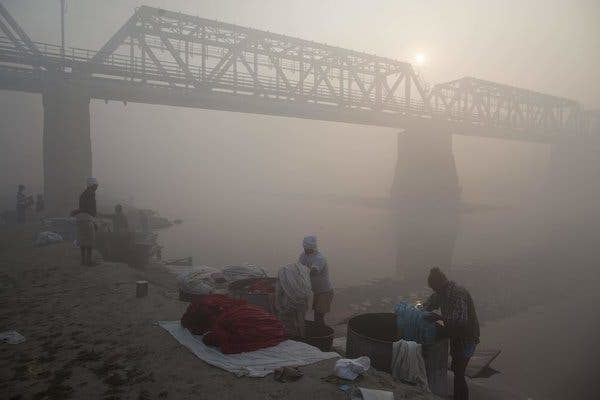 It was announced that India is the highest air pollution country in the world. According to a new study, especially the city of Ghaziabad in Delhi has the most polluted air in the world. On the other hand, the top 30 cities with the dirtiest air in the world constitute all the cities in Asia.

Two-thirds of the world’s highest air pollution cities are located in India, and especially the Delhi region has the worst weather among all national capitals. According to the air quality surveys conducted in 98 countries, China has made great progress in this regard and reduced air pollution, while India remains the country with the most polluted air as in previous research.

The assessment, published in the IQAir AirVisual’s 2019 World Air Quality Report, is based on annual average PM2.5 (particle pollution) concentration levels. PM2.5 particles are up to 2.5 microns and can enter the bloodstream and circulate through the respiratory system, causing problems such as asthma, lung cancer, and heart disease.

According to the report, 21 of the 30 dirtiest cities in the world are in India, 27 are in South Asia and all 30 cities are located in the Asian continent. Although the figures show a slight improvement compared to 2018, the research notes that air pollution is largely due to low economic growth.

Cities in India exceed the World Health Organization target by 500% for the annual average PM2.5. On the other hand, air pollution in the country has decreased by 20% from 2018 to 2019, and 98% of cities are recovering. In the ranking of the report, the city of Ghaziabad, which is located in the Delhi region, is in the first place, while the top five are from China and 2 from Pakistan.

See Also
Curfew Has Been Announced in India with a 1.3 Billion Population Due to Coronavirus

India, China and other Asian countries are affected by pollution with a variety of factors, from vehicle exhaust fumes to thermal power plants, from agricultural activities to industrial emissions. However, many Chinese cities in China, including Beijing, have significantly improved air quality in recent years. Pakistan, after India, was the second most polluted country, while countries such as Bangladesh, Afghanistan and Nepal were among the top 10.

The World Health Organization estimates that air pollution kills about 7 million people annually, while the World Bank says that pollution damages the global economy by $ 5 trillion annually. According to a new study in Lancet magazine, the deadly weather conditions cost about 1.2 million lives each year in India.