Home News According to Michael Novogratz, three big mistakes made by investors these days 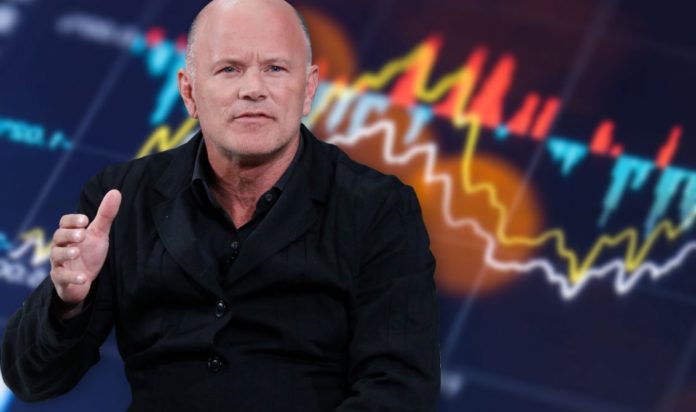 Bitcoin and cryptocurrency investor, also founder and CEO of Galaxy Digital, Michael Novogratz explained the details of the most common and costly mistakes traders made today. Reported by Decrypt , Novogratz, who participated in the program of Anthony Pompliano, the host of Off the Chain podcast and co-founder of Morgan Creek Digital, evaluated the unexpected response of the Fed to this crisis, with the environment of chaos affecting the markets.

Asking questions about Bitcoin, which tends to act like stocks and other assets, Pompliano also asked the biggest mistakes of traders. Novogratz’s response was as follows:

1) The biggest mistake people make is that they believe it’s time to return immediately when the market goes bad. But things can always go worse than you think. I sometimes tend to make this mistake, but at that moment I say to myself, ‘Hey, you want to buy? Take a long walk and look at the situation again a week later. ‘ When I look back, I see that the situation is even worse. Once the markets start to get worse, they stay bad for a while.

2) Choose a story where things are getting better basically… Is the situation getting better or worse in the Margins? If you see things getting better at Margins, the cycle is also evolving well.
3) In fact, this value does not mean whether you can buy the things that have been blown away, but what you have to do is take the things you plan to keep in the long term when there is a loss of value.

Novogratz gave an example of a racetrack stake and mentioned Churchill Downs (CHDN), the owner of the annual Kentucky Derby, and said, “It fell from $ 160 to $ 80 in 6 weeks. Even when the Kentucky Derby was canceled, they earned million dollars annually from that derby. It was a billion dollar company, now they are half worth. “If you do your homework in this way with such companies, you will have an idea about its value and you will not feel the need to sell it when the price bounces.”

So what about Bitcoin? Novogratz answered the question as follows:

“I don’t think there will be a price increase unless there is a deflation in Bitcoin.”

In this sentence, Novogratz actually pointed to Bitcoin ‘halving’ revolutionary mechanism, in which the number of coins produced decreased. The next ‘halving’ is about two months later… When Bitcoin fell to $ 5300 last year, Novogratz tweeted that trust in BTC has evaporated.

In fact, in a crisis like a coronavirus, he tried to warn Bitcoin investors that the price could go down. On March 1, he stated that investors were inclined to liquidate all their money in such events.

Besides Galaxy Digital, Novogratz also has a private equity firm. Pompliano told her; “So what does it support right now?” he asked.

“We focus on food. People should continue to eat.”

“Outlander” could have a spin-off