Home Tech According to the famous physicist: Tesla, Cybertruck ‘Cheating’ Made’ 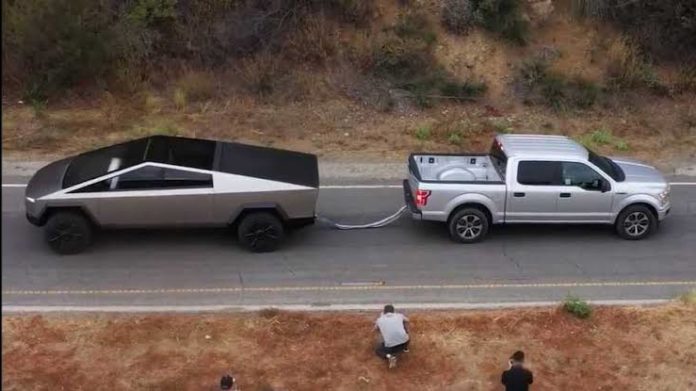 The astrophysicist Neil deGrasse Tyson discussed the video of Elon Musk’s Cybertruck’s F-150 on Twitter. Tyson, the video F-150 argued that the full engine power does not work.

Tesla CEO Elon Musk recently shared a video of Cybertruck shooting the Ford F-150 uphill. In the video Musk shared, the fight between Cybertruck and the F-150 is visible. Two vehicles are working at the same time and trying to pull each other. In the video, Cybertruck was able to shoot the F-150 with ease.

The astrophysicist Neil deGrasse argues that Tesla’s video is manipulative. Tyson said in the video that the F-150 only works with RWD (rear-wheel drive only) traction, so its weight on the rear axle is greatly reduced, offering a slight traction to the Cybertruck.

Neil deGrasse said that electric vehicles are powerful with both axles. Tyson, Cybertruck’s F-150 defeat the important thing in the struggle with the weight of the wheels, the Cybertruck F-150 pull from the source of motor power is not the source of traction, he said.

“High torque only turns the tires if there isn’t enough weight to provide traction, Tyson replied to Elon Musk. Tyson, the full power of the F-150, the rear wheels provide high traction, the trial should be repeated, he said. He said that if the F-150 was pulled by Cybertruck again, it would accept the gains of high torque.

Elon Musk accepted Neil deGrasse Tyson’s proposal and said that next week they will conduct a trial as Tyson said. Neon deGrasse Tyson was not the only one who opposed the video of the Cybertruck – F-150 fight by Elon Musk. Sunny Madra, director of Ford’s mobility lab Ford X, also invited Musk to a new challenge.

GameStop soars on the stock market