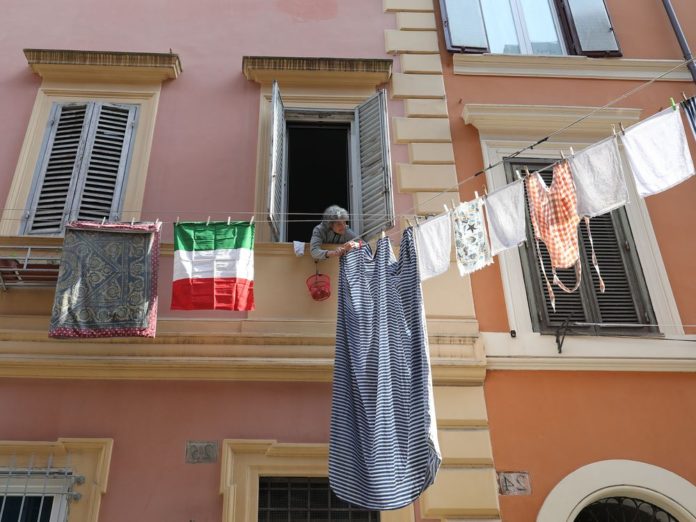 Italy, which is the second country with the most COVID-19 cases in the world with 97 thousand 689, is having one of the most difficult periods in its history. According to a group of Chinese experts traveling to European countries to advise the authorities, Italy makes a huge mistake by allowing COVID-19 patients with mild symptoms to be isolated at home.

Italy, one of the countries most affected by the new type of coronavirus epidemic, fails to pull down the rate of deaths of cases and fatalities despite the harsh measures taken, albeit late. A group of Chinese experts who went to European countries to advise the authorities to combat the outbreak said that the quarantine method implemented by Italy was wrong.

Experts who stated that the health authorities in the country should have COVID-19 patients with mild symptoms, instead of allowing them to be isolated at home, and that the doctors in Wuhan made the same mistake at the beginning of the epidemic.

Liang Zong’An, Head of the Department of Respiratory Diseases, Sichuan University, said, “Doctors in China said that people with mild symptoms should be isolated at home in order to reduce the burden on Wuhan’s health system. This was a huge mistake. ” In the early times of the outbreak, it was not well understood how infectious the virus could be, even in those who did not seem very ill, but researchers now know that even those with mild symptoms can infect the virus in family members or others around the same home.

Stating that China has returned from this mistake in a short time and that it has quarantined even patients with mild symptoms, Zong’An says that Italy should apply the same thing. According to researcher Xiao Ning, who works at the China Center for Disease Control and Prevention, 80 percent of the infections that occurred in clusters originated from people who were told to rest at home.

Saying that Italian families live in larger apartments than people in Wuhan, Zong’An said, however, there is growing evidence that all families are infected by only one carrier. “We cannot say whether Italy’s home quarantine is right or wrong because each country has its own mechanism, but we have found some problems,” said Zong’An, noting that the Italian experts they interviewed could not tell how many sets of infections emerged from home isolation.

On the other hand, Milan started to place patients with mild symptoms in hotels. Hotels that will help to isolate patients from their families during quarantine will try to prevent further increase in the number of cases. The number of deaths from COVID-19 in Italy exceeded 10,000 last weekend. Italy, which is the country with the highest case / death rate in the world, has finally decided to close its factories that do not produce basic needs.

Who is Satoshi Nakamoto? ” new curtain in debate

Microsoft Has A Dream: Bitcoin Mining With Brain Power