Home Celebrity Acapulco Shore 7, everything you need to know about its premiere 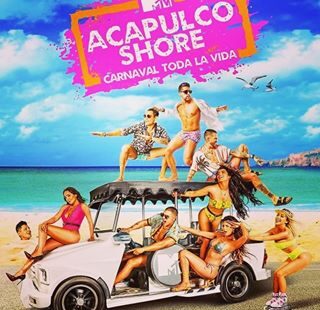 Summer is yet to come and what better than with one of the most representative reality shows of party, friends and beach.

Acapulco Shore is about to debut its seventh season, which they promise will be very controversial, but with a lot of partying and being themselves in front of the cameras. We tell you all the details of its premiere.

Through a video conference, the cast of Acapulco Shore 7, led by Celia Lora, shared the plans they had for the new season, which was recorded in Mazatlán with the intention of giving a new concept to the series, including implementing music band at his party.

Regarding the relationship between the cast made up of Manelyk, Potro, Xavi, Rocío, Tadeo, Jey, Mane, Jawy, Chile and Dania, there will be tension between some of them, even leading to physical fights. OOPS! Mane and Dania will demonstrate who has the most girl power at the Los Shore house.

The premiere will take place on June 2 at 10pm Mexico time on MTV. Potro explained that they wanted to launch the new season to give fans a “refresh” in the current situation, a feeling of liberation with the fun of each of the episodes.

There will also be special guests, whose names were not revealed, the boys explained that they also had to do certain challenges in order to participate in the Mazatlán Carnival. Acapulco Shore comes with many surprises, parties and the naturalness of each one of them. Are you ready?

It is not the first time that reality shows much controversy, previously, Manelyk stopped being friends with Karime, the celeb also had her differences with Dania in this new season. What will happen now