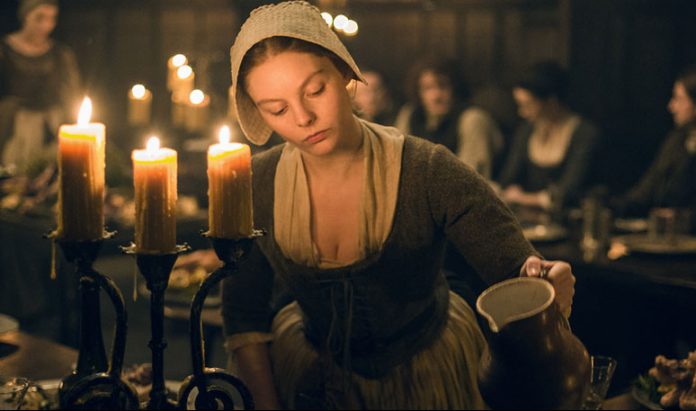 Starz, has yet to deliver the sixth part of the romantic historical fantasy drama that has all the fans delighted, Outlander.

The production of season 6 of Outlander, was interrupted since March due to the blockage generated by the coronavirus pandemic that is affecting the world.

To date, what is known is that the team and cast will begin production of season 6 according to Jamie’s actor Sam Heughan, who recently shared a video from the costume department alongside his co-star Caitriona Balfe, interpreter of Claire. .

During the entire run of the historical drama, the romantic couple Jamie and Claire have had to go through difficult times mainly because of their enemies. Although a potential villain has not seen her face since the fourth installment, it seems that with season 6, she will return.

It is about Laoghaire McKenzie (Nell Hudson), who became Jamie’s wife, during Claire’s absence, while she travels to the future to give birth to their daughter Brianna.

As all fans will remember, Laoghaire McKenzie stayed in Scotland while part of the Fraser clan, including Jamie and Claire, left for America. In the past, Laoghaire almost had Claire prosecuted for being a witch.

In Outlander season 4, Laoghaire found out that Brianna is Claire and Jamie’s daughter, and consequently also tried to get her arrested for being a witch. Her family connections with Jamie still make her a part of Fraser life.

In the Outlander series, Claire and Jamie are still in the Colonies, while Laoghaire is still in Scotland and therefore has not reappeared, however, according to Gabaldon’s seventh book, An Echo In The Bone, the Frasers travel. back to Scotland. So, unless season 6 skips to book seven, Laoghaire likely won’t appear on the show until season seven.

And it is that during an interview with Express.co.uk, the interpreter of Laoghaire, Nell Hudson, told her a little about her future in the series, hinted that her character will be present again in the lives of Jamie and Claire. This is what he explained:

“Well, I know Laoghaire is coming back in Outlander book seven and Diana is still writing these books. So there is potential. And also, Laoghaire has appeared in an Outlander series on television that was not in the book, so We never know when he’s going to raise his head in anger. “