Home Sport Abidal: “We are Barça, we have to win the triplet, we don’t... 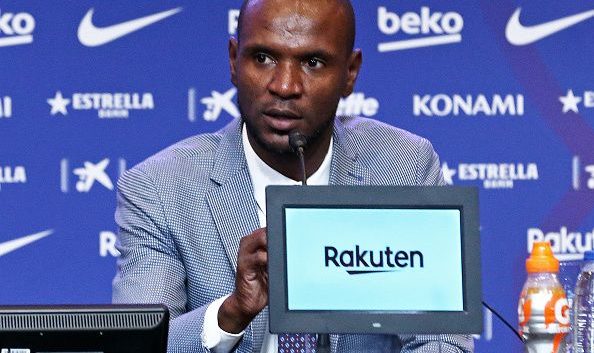 Eric Abidal, sports director of Barça, recognizes in an interview with the newspaper “Sport” that the staff has the obligation to fight for all titles and does not doubt that they have the capacity to achieve it. “We are Barça and we have to win everything here. We have a clear demand because this is the same every year,” he says, explaining that “what makes the big difference is the mentality. If the team has the mentality to achieve this goal, he will make it. And I am one of those who am convinced that he has it. Two hundred percent, “he said.

The sports director of Barça believes that “if the dressing room is united there is a lot of cattle. All the signings we have made, plus the boys who have climbed from the lower categories have personality and are going to help us on and off the field.” Abidal says that “the demand is always maximum, we are Barcelona, ​​we have to win the League, the Cup and the Champions, we can not hide,” he said.

Eric Abidal also also reveals in the interview that Barça is already making movements to tie the continuity of Messi and that they are convinced that the Argentine will continue many years in the club. “For us, Messi is a key player. He has this option to go out in his contract, but I know that the president is talking with his representatives to close the case once and for all” And it is that Messi has always stated that his intention is retire at FC Barcelona. Abidal said “I hope he stays for many years and I think it will be that way. It will be his decision.”