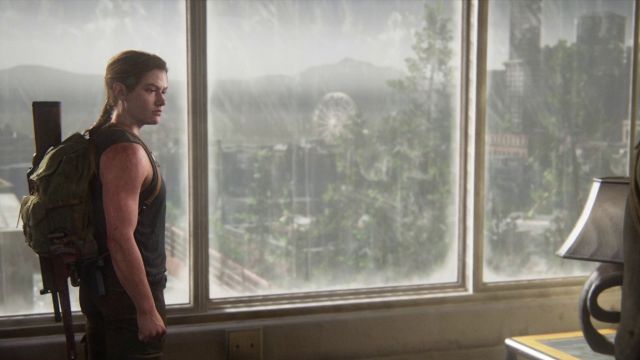 Laura Bailey says that the leaks before launch did not help to improve the rarefied climate that was breathed then.

The Last of Us Part 2 is one of those games that has raised blisters. Naughty Dog’s decisions have divided part of the community, although that has not prevented the game from winning the highest award in awards such as The Game Awards 2020 or the Titanium of the Fun & Serious Festival. It is one thing to disagree or not enjoy a cultural product, but it is quite another to attack the people who have participated in the project. Laura Bailey, the actress who has voiced Abby in the video game, has opened up about it. Although she acknowledges that she was prepared to receive hate, she pointed out that she underestimated the scale of those comments.

“I knew there would be reactions for sure; I knew I would receive some hate, but I did not anticipate the scale ”, she is sincere herself. The interpreter thinks that the leaks before launch did not help at all. “It was the perfect storm. I think the leaks had a lot to do with it. If your first experience with it had been in the game ”, she continues, the player would have had“ the maturity ”and the sufficient understanding. “But the details were leaked a couple of months in advance. For months, people built barriers and walls before they could understand Abby’s point of view. ”

Bailey maintains that Abby is one of the most challenging characters of her career, a character with whom she has managed to win the award for best performance at The Game Awards 2020. Playing this protagonist of The Last of Us Part 2 has been “gratifying” , much in spite of the bad memories produced by the anger of some players. “She has been [a role] complicated, but I think her story has been incredible”, one of the “most incredible” characters she has been able to handle in a video game.

She was not happy with her job

She admits, yes, that at first she didn’t like controlling Abby; she didn’t like her performance then either. She recounts that she told her husband Travis that she was not happy with how she did it. “I’m not good, it’s terrible, I don’t know how they hired me for the cast. All these years of work for nothing ”. Her husband then told him to continue playing, until eventually he changed his mind. Bailey also shares the painful process that it was to accompany the protagonists on such a sad adventure. She says that it is difficult to record this type of sequences loaded with so much feeling, because the emotional weight carries him away at the end of the day. “Those emotions stay with you.”

The intensity is amplified in the final part. If you have not played the title or have not finished it, we recommend that you not continue reading, as there are spoils of the main story. The actress reveals that in that sequence the complicity between her and Ashely Johnson (Ellie) was total. “As painful as it was, it was also very rewarding.” She compares it to a Fight Club, in which “crazy moments of violence” occur. According to the interpreter, “one of the best things about being an actor is experiencing emotions that you would normally keep under control.”

Not everything in The Last of Us Part 2 is darkness and pain, you can also experience moments of tranquility and happiness. Some of Bailey’s favorite moments are from flashbacks with Owen and Ferris at the aquarium. “I felt like I was in a different project because it was joyous. The game needs those moments of joy ”.

Series in the Week: WandaVision premiere