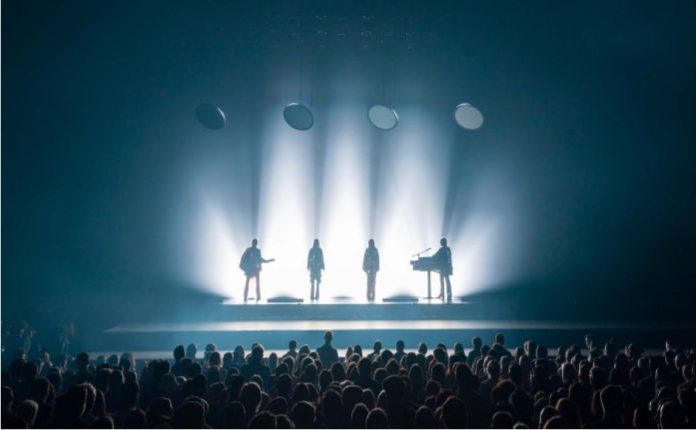 ABBA’s concert residency “Voyage” has been extended until November 2023 due to demand.

The revolutionary show at the Queen Elizabeth Olympic Park, featuring avatars of the pop icon, will last until November 2023 – tickets can be purchased here.

The show, which has been widely praised for its revolutionary technology and premiered in May this year, has been described as “an epic megamix of avatars from a brave new world.”

He added that “digital magic is combined with pure pop music for a pleasant sensory overload as non-holograms make their way through the gilded hits.”

The review concluded that while “aging rockers and poppers are bound to emulate this idea,” it will be difficult to “approach the ABBA Voyage experience.”

On the red carpet during the opening of the residence — for the first time in 36 years, Benny Andersson, Agnetha Feltskog, Anni-Frid Lyngstad and Bjorn Ulvaeus were seen together in public — Lyngstad said it was “fantastic” to be at a significant event.

“I’m really looking forward to seeing the show again. I saw him once on Monday night, and that’s exactly the feeling that you want to see him again and again, because there are so many details that you can’t understand just by seeing it once.”

She added: “I also want to see the audience’s reaction again, because they were standing, clapping, singing along, dancing, having a great time.”

Ulvaeus said it was “a little surreal” at first to see digital versions of ourselves on stage, “but you get used to it.” He added: “After all, we saw ourselves in photos and videos of that time almost every day for 40 years.”

One of the show’s creators, Svana Ghisla (who produced Jay-Z and Beyoncé’s “On the Run Tour”), said the team also “spent a lot of time on the philosophical side” of the show. “It’s not just about technology, it’s about emotions. We wanted to understand the essence of ABBA and music, as well as how to present it in 2022.”