Home Entertainment Abandoned Reappears: Prologue Will Be Offered In Q1 2022 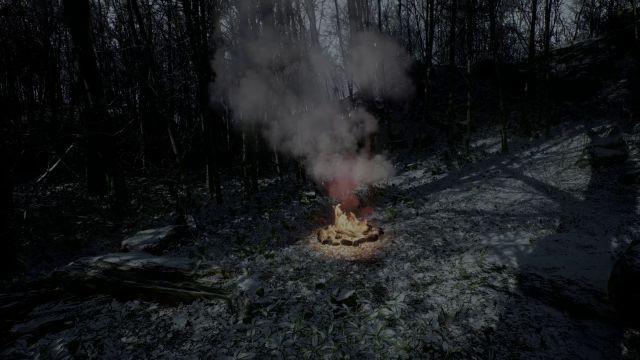 Abandoned: The Abandoned app on PlayStation 5 is updated with new information about the release of new trailers or their playable prologue. The months of silence around Abandoned have diverted the spotlight from the attention that this mysterious project gained last summer, in which it was news more for negative than positive aspects. This already diminishing expectation, together with the celebration of The Game Awards last Thursday, made hardly anyone notice that the application of the game on PS5 has updated information, highlighting that its playable prologue will arrive, hypothetically, in the first quarter of 2022.

In this way, if we visit the Abandoned application on the console, we will see that it anticipates that they are “excited to announce that the prologue will be released in the first quarter of 2022. A specific date will be announced soon. Stay tuned!”, Says the notification. Not only that, but they state that “the real-time experience application will have a redesign to coincide with the announcement of the prologue in the next update.”

Abandoned is back in the news weeks after its creators reported death threats on social networks due to constant delays, not only of the game itself, which has gone to 2022 – surely well into the year – but also due to the lack of news. In fact, the first update of its application on PS5 already suffered a delay of a few days, maintaining the expectations of the players during that period of time and probably ending the patience of many of them.

Obviously, rumors of an alleged link with Hideo Kojima or the Silent Hill franchise, rumors sometimes encouraged or even created by the members of Blue Box Game Studios themselves, who have had to come out to the public have not played in their favor at all. arena to disprove these assumptions on numerous occasions.

A month After The Death of The Queen, Netflix Releases The...