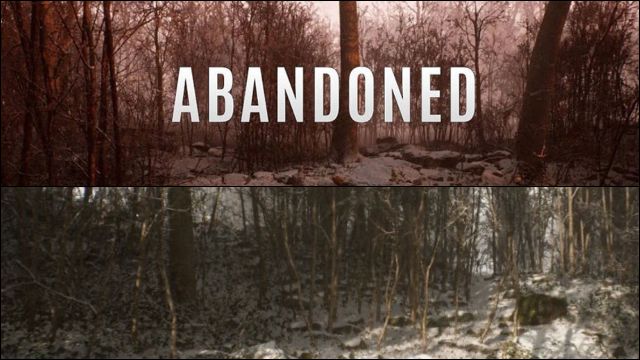 Abandoned: Blue Box Game Studios announces that up to 3 million players have interacted with Abandoned’s real-time experience app on PS5. Blue Box Game Studios already warned a few weeks ago of the arrival of the playable prologue of Abandoned during the first quarter of 2022, but this time they say that there is a technical demo on the way through the application on PlayStation 5. This has been announced by the I study on Twitter, also leaving an image as a preview of what the game engine is capable of.

“A technical demo will be available in the application of the experience in real time,” says a new official note on the social network. “A notification will be sent once it is ready”, anticipating that we could have new content in the app even before the aforementioned prologue.

In addition, from Blue Box Game Studios they have shared more information on their official page, with special emphasis on the number of players who have accessed the application, making use of it so far 3 million, who have logged into it up to 11 million times. They also acknowledge the mistakes made so far, which have led to too high expectations and have so far not been met at all.

“With the mistakes we’ve made, we don’t want to make the same ones again,” they say. “All this has not been but a great learning curve for us. We want to develop a video game that you can enjoy,” they conclude. They speak specifically of one of them. “Deciding to work on smaller games in parallel to this one was a burden for us that we should not have started,” they acknowledge.

“At the beginning of 2021 we decided to focus entirely on Abandoned and when we announced the teaser in April it did not fully represent our vision,” they continue to explain. “That caused us to start working on the full game again.”

As we said before, tangible news from Abandoned is finally coming, a game that has not stopped being surrounded by controversy and rumors since its announcement.