Home Entertainment Abandoned on PS5: Its Director Explains Why You Need An App To... 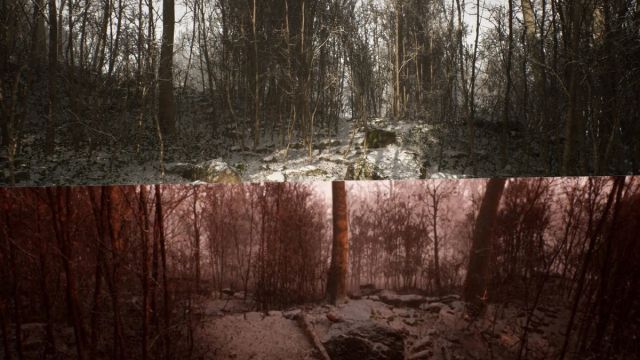 Abandoned: The new first-person horror video game will be exclusive to PlayStation 5 on console, but will also be released on PC. Hasan Kaharaman is the head of Abandoned, and although he has been referred to as the mask of Hideo Kojima (by his initials), the director has completely disassociated himself from the Japanese genius. Be that as it may, this title developed by Blue Box Game Studios will be presented with a trailer generated in real time by the PlayStation 5 hardware. Players will need to download an application, but why?

Kaharamn himself has justified the reasons for this decision. He has done it in response to some users on the social network Twitter. According to the creative, the main reason is that they want users to experience these sequences with 4K / 60 FPS graphics, as well as 3D audio and the special functionalities of the DualSense.

No and No and our several outsourcing aid and freelancers help us to reduce production time.

Hideo Kojima is an influence, but they are unrelated

Again, he has denied any relationship with Hideo Kojima, although he has indicated that his work has influenced him, as has Neil Druckmann’s (Uncharted 4, The Last of Us Part 2). He also added that outsourcing certain aspects of the game has saved them production time.

The director of Abandoned also anticipates new announcements, after another user told him that he feels “abandoned” because Kaharaman has not appeared again in one of his characteristic videos, in which he appears in what resembles the walls of his own home. The name of Silent Hill has come to the fore again, since he has commented that it is one of his favorite survival horror along with Fatal Frame, Resident Evil and Outlast.

Abandoned, in development for PS5 and PC, has generated quite a bit of controversy. Faced with this situation, its director maintains that he wishes to organize some kind of question and answer session to clarify doubts, although he has not provided any specific date.