Home Entertainment Abandoned Delays The App For PS5 Where You Can See Its First... 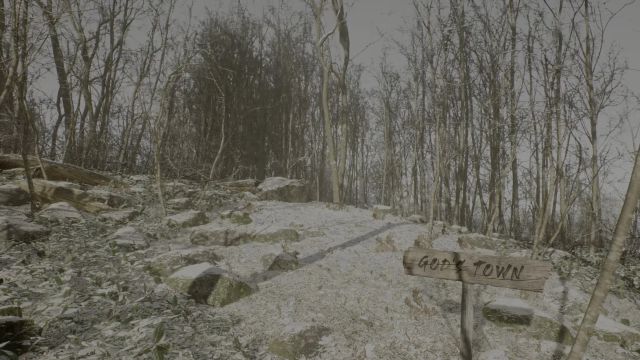 Abandoned: Blue Box Studios’ horror title has been the subject of theories about the authorship of the video game, which some attribute to Hideo Kojima.A forest in the middle of nowhere, a new exclusive for PS5 on the horizon. Blue Box Studios featured Abandoned on the official PlayStation blog, but the first trailer will be shown in a rather original way. And is that the developer announced that players will have to download an application to enjoy a video gameplay that will be nourished by the hardware of the console to function. However, the study has published a tweet confirming that the app will be delayed for a few days.

“The Abandoned: Trailers application has been delayed for three days,” they advance on social networks. “We have had to delay it due to localization issues, so we apologize for that. It will be launched on Friday 25 [June] ”. In addition, they point out that the software will be accompanied by a tutorial that will allow the player to learn its operation and characteristics.

Kojima or not Kojima

Abandoned is a narrative game that will take place in the first person. It is a horror title that has come surrounded by conjecture. The communication and marketing strategy has sown certain doubts that have led players to theorize about the possible involvement of Hideo Kojima, creator of Metal Gear Solid and Death Stranding. The latest news is a tweet that apparently anticipates a Silent Hill, although Blue Box Studios later denied that it is working on that project.

It is not the first time that they go out of their way to reject that Kojima Productions is in any way linked to the project. “We have received several emails in reference to the Hideo Kojima rumor,” they posted some time ago. “We have no association with Hideo Kojima, nor have we intended to.” According to the studio, they are a developer who has worked as a support studio to help develop small projects, but has now set out to design her first big solo work.

Indiana Jones 5: First Images Of Harrison Ford On His Return...