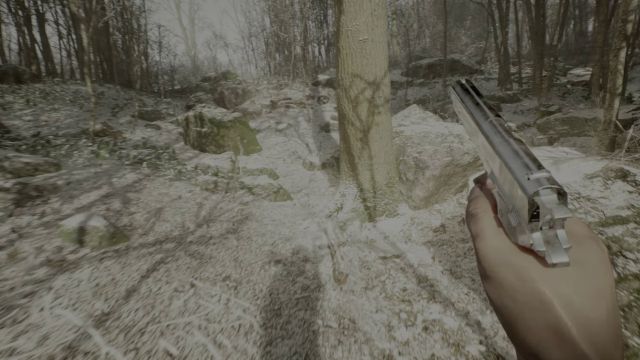 Abandoned: The controversial horror game from Blue Box Game Studios will reveal its gameplay through a free application. Blue Box Game Studios’ first major project is already looming on the horizon. Abandoned, announced exclusively for console on PS5 (it also comes out on PC) has been linked to names such as Hideo Kojima and Silent Hill, although the studio has repeatedly denied any relationship with the Japanese creative and with the Konami saga. Be that as it may, the first gameplay trailer will be released in an application that can be downloaded to the Sony machine. After a last minute delay, the independent study has finally revealed the final date.

Through its social networks, the developer has reported that players will have the opportunity to pre-download the app from July 29. As previously confirmed, obtaining this application will be completely free. If there are no changes to the schedule, Blue Box Game Studios plans that the introduction to the app will be available from August 10, the date on which the gameplay trailer will also be offered.

They deny having anything to do with Kojima

Abandoned, a first character horror game, will present its official trailer in a different way. Thanks to the app, the video will be generated in real time using the hardware of Sony’s current generation machine. This very particular way of presenting the game, as well as other additional details of the marketing, are reminiscent of the way in which Hideo Kojima anticipated other titles such as Metal Gear Solid V or P.T. For this reason, there have been few who have thought that the Japanese creative could be behind the project.

Hasan Kahraman, director of the video game, has denied that the head of Death Stranding is the one who pulls the strings in the shadows. As he explained in a video, the stress in this situation led him to decide to delay the application. They maintain that they are a small independent studio working on their first draft title. And when will it come out? Nothing is set in stone, but they plan to publish it sometime in 2021.

Xbox Game Pass Will Receive Plants vs Zombies 2, Maneater and...