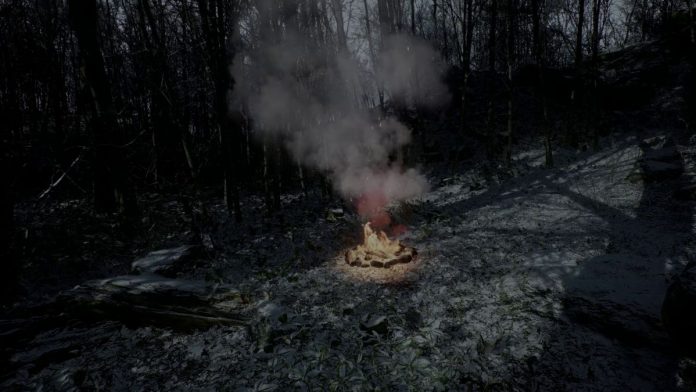 Abandoned: Blue Box Game Studios manages to solve the errors that the application suffered on the 10th, when the premiere of its first teaser was scheduled. Last Tuesday the 10th was the day chosen to start discovering something more about the mysterious Abandoned, when its Realtime Experience application released a first glimpse. However, there were some technical problems, for which Blue Box Game Studios has had to give numerous explanations throughout the week, finally solved yesterday.

In this way, this application is now fully available to all PS5 users who have downloaded it since July 29. It was then that this app appeared on the PS Store, placing players on the aforementioned day 10, the date when last-minute problems left players with more questions than answers. Fortunately, we have already seen what it has to offer, and at the moment it is only a short teaser of a few seconds.

Thus, if we take a look at the application currently, we can now face a menu in which several sections appear, with only the first introduction trailer being available, which is nothing but the same that Blue Box showed from its Twitter account about 10 minutes before 9:00 p.m. on the 10th, the exact time of the premiere. Of course, we can also see that, if everyone goes according to plan, in the future this app will have more content, since from it we will access the first cinematic trailer, a second video, and finally, the launch trailer. In addition, they also promise to offer two playable demos.

However, for none of the other future releases in video or demo a specific date is specified, and taking into account the precedents of Blue Box, we cannot expect any of this content soon, not even that there can be no last minute setbacks. In fact, it is not the first time that the study led by Hasan Kahraman has problems of this type, since the appearance of the app on the PS Store has already suffered a first delay.