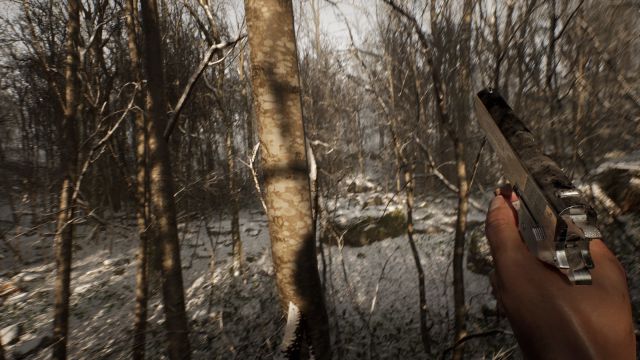 Abandoned, Blue Box Game Studios presents its new bet halfway between terror and the first person shooter exclusively for PlayStation 5. Abandoned in a new survival-style adventure halfway between the first person shooter and the cinematic horror exclusive to PS5 that will come to the current generation of Sony at the end of this year 2021. This has been presented by its creators from Blue Box Game Studios Through the official PlayStation blog, sharing a first teaser trailer that you can see heading this news along with the first screenshots, with the promise of publishing a first video with gameplay soon.

According to those responsible, Abandoned promises a gameplay based on the first person shooter style, although with large doses of survival and an important narrative aspect, all thanks to photorealistic graphics that point to a native 4K resolution and constant 60 frames per second.

So much so, that the setting is the key to Abandoned, immersing the player in a hostile environment in which there is no chance to feel safe. “We want to offer a unique and personal gaming experience that feels realistic. Each event influences your character. If Jason is out of breath after running (or is scared), his shooting accuracy will suffer. Unlike action and shooter titles, firing weapons in Abandoned will be very slow. You will need to be tactical to survive, ”explains Hasan Kahraman from the Netherlands-based developer studio.

And is that the protagonist of Abandoned is Jason Longfield, a man who wakes up in the middle of a forest totally unknown to him without knowing very well how he got there. After a few uncertain first steps, he discovers that he has been brought there for obscure reasons.

“We want you to be nervous in each and every encounter with the enemies. Being aware that a wrong move can be the deciding factor between surviving or not, ”say its creators. In this, the DualSense will have a lot to say to transfer all the sensations of the protagonist to the hands of the players, as well as the 3D sound of the PS5.

Abandoned is scheduled to arrive on PS5 in late 2021.

Monster Harvest Will Be Released in Portuguese in August