Home Sport Aaron Rodgers and Charles Barkley made a funny bet on the famous... 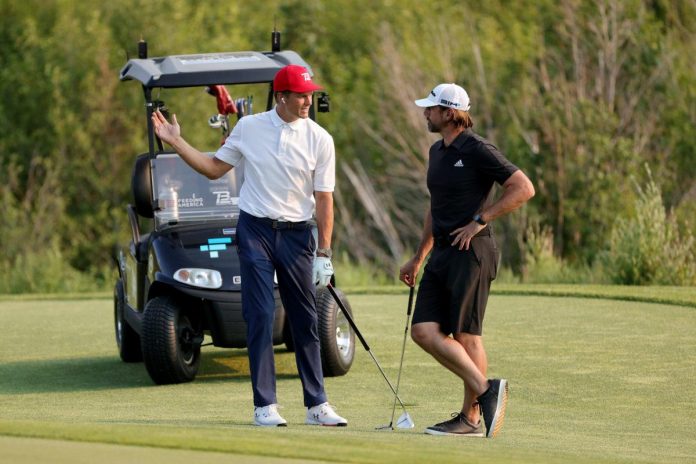 NBA Hall of Fame member Charles Barkley and one after another NFL MVP Aaron Rodgers make a funny bet on the famous American Century Championship golf tournament, which will take place this weekend.

If Barkley finishes ahead of Rodgers this weekend, the NBA host on TNT will get the chance to cut the quarterback’s man bun.

If Rogers wins, Barkley will donate $25,000 to the North Valley Community Foundation in Rogers’ hometown of Chico, California.

“Just because you’re too stingy to get a haircut, you can’t make a style out of it,” Barkley joked during a promotional appearance at the event last month. “Dude, here’s $25. Go to Fantastic Sam and cut this thing off at the back of your head. The fact that you don’t cut your hair is not a style. But Aaron plays golf much better than me, but I “would be happy to donate to his charity.”

Barkley made a bet with Rodgers during a “Match” in June. Barkley was an analyst for the event while Rodgers played alongside fellow NFL quarterbacks Tom Brady, Patrick Mahomes and Josh Allen.

Luckily for Rogers, his hair doesn’t seem to be in danger.

Barkley is infamous for finishing at the bottom of the leaderboard. Last year he showed his best result, taking 76th place out of 88 players.