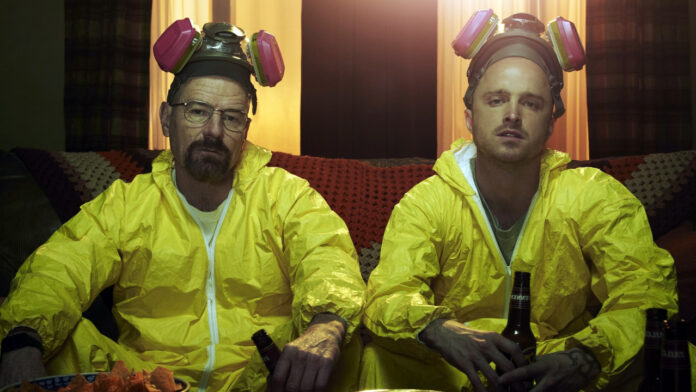 Currently, the Better Call Saul writers are working on the plot, and anything could happen. We already discussed how Kim (Rhea Seehorn) went the dark side route and now let’s see how Breaking Bad and Better Call Saul collide in the final season.

Although the whole mystery started when Kim decided to quit her job and look for pro bono work. But, we hadn’t seen Kim on Breaking Bad. Is it because she dies in the end? Well, we can’t say anything now.

All the twists and turns in the previous season sparked more hopes for a conclusion to Better Call Saul season 6. Showrunner Vince Gilligan once said he’s looking to cast Jesse and Walter before Better Call Saul ends.

Now, there is not enough time left to decide whether to present them or not. Then Jesse could come back. We have seen that Kim is reopening all unsolved cases and working as a public defender. So it’s possible that Jesse might be Kim’s next client we see on Better Call Saul.

She already mentioned that she will handle the case of a teenager thrown out of her home due to possession of marijuana. That could possibly be Jesse (Aaron Paul), who would come into play to start bridging the two worlds.

We expect the sixth season of Better Call Saul to launch in 2021. While it was expected to launch earlier this year, but filming was halted due to the coronavirus pandemic, meaning the show is unlikely to return. until mid-2021 at the earliest.

He revealed the saddest dialogue between Harry and Meghan Markle