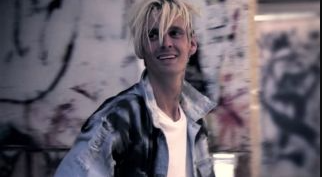 A number of questions remain about the tragic death of Aaron Carter at the age of 34. Some of his loved ones are still wondering how it is possible that the former teen idol was found dead on November 5 in the bathtub of his home. The cause of death has not yet been determined, as his family, including Nick Carter of the Backstreet Boys, is awaiting toxicology results. However, the “I Want Candy” singer has openly talked about his struggle with addiction in the past. Now Aaron’s manager has opened up, explaining that he saw his client just a couple of days before his death and felt that something was wrong.

Taylor Helgeson, who has been Aaron Carter’s manager for eight months, said they met at a music studio to discuss the release of Carter’s new album. Helgeson was stunned by his client’s appearance. He told Page Six that the singer looked “thin” and “extremely tired.” The manager said:

He didn’t seem okay. Now that I say this, I think it’s really important in some context. Physically, he seemed out of order… [but] mentally he was the most excited I’ve seen in recent months. He was very smart and perfectly understood what people wanted to see from him.

Taylor Helgeson said he was confused and concerned about Aaron Carter’s appearance because it didn’t match his excitement about his upcoming projects.

However, Aaron Carter is known to have struggled with mental illness, and in 2019, the singer announced that he was diagnosed with schizophrenia and bipolar disorder. Raven-Simone spoke about mental health when she expressed condolences to Nick Carter and Aaron’s twin sister Angel after Aaron’s death. The actress, who grew up in the same pop star circles as Aaron in the early noughties, said it was time to focus on mental health and “stop losing our youth because of it.”

Nick Carter also mentioned his brother’s past troubles in an emotional tribute to Aaron Carter. Although they had a difficult relationship, Aaron was able to reconcile with Nick before his death, and although his older brother acknowledged their thorny path, he stated that his “love for him never faded.” Nick also said he had always hoped that Aaron would be able to “walk a healthy path and eventually find the help he so desperately needed.”

A deeper look at Aaron Carter’s state of mind can be revealed in the memoirs that the singer wrote before his death. However, the book titled “Aaron Carter: The Unfinished Story of an Unfinished Life” may never be published. Despite the planned release date of November 15, the publisher decided to postpone the release after Carter’s publicist said that the singer changed his mind about writing the book while he was writing it. According to the publicist, the release of the book will go against the wishes of the late singer.

Hilary Duff, who dated Aaron Carter in the early 2000s and published her tribute to the former pop star, brutally blamed the publisher. She accused them of trying to “cash in on this tragedy” with the help of “untested clickbaits.”

Obviously, there are still a lot of questions and a lot of pain associated with the loss of Aaron Carter, and hopefully his friends and family will be able to get some answers and find some kind of solution.

Hogwarts Legacy Quest will be exclusive to PlayStation for at least...