Home Entertainment A Zelda fan has created an impressive pumpkin lantern in the style... 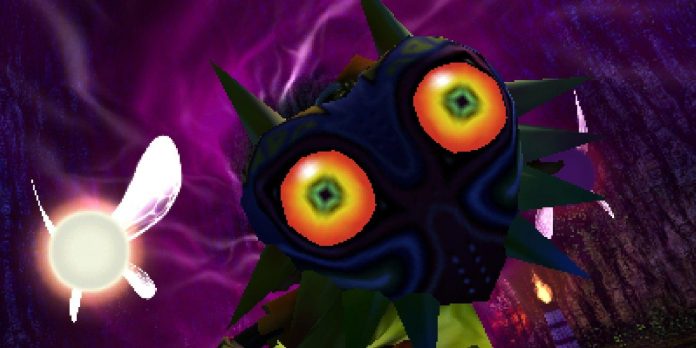 Although the summer heat is still on many, one Legend of Zelda fan has already carved an impressive pumpkin lantern based on the mask of Majora. The game, which has taken a significantly spookier turn than its predecessor Ocarina of Time, is arguably the perfect theme for something Halloween-related.

Majora’s Mask has already turned 20 years old, but it is clear that it still occupies a prominent place in the minds and hearts of many gamers. The mask itself is often recreated by fans not only in traditional environments, but even in the form of baked pies. It seems to be the same mindset that was used when creating this particular pumpkin lantern.

Reddit user and Zelda sci_bastian fan shared his creation with the network, showing four images of his design of Majora’s Mask pumpkin lantern. The mask itself has been exquisitely carved and the surrounding pumpkin removed to highlight it when the pumpkin is illuminated. The effort looks good, but it’s especially impressive when it’s lit up and the room is darkened when the details of the mask become more obvious. According to the artist, they completely created the design using a traditional pumpkin carving kit, which made the work even more impressive.

[MM] Happy Halloween * insert a high-pitched evil laugh* (dude, that was a lot of work) from zelda

Fans seem to be quite receptive to the work, praising the effort and asking the user about how they did it. However, some also lamented that the pumpkin would not live forever, some expressed sadness that the game-themed pumpkin lantern would someday rot, while others pointed out that it might not even last long enough to survive until Halloween. . Short-lived canvas or not, the artwork is very impressive and will probably make any fan of the series flinch a little when seeing it illuminated in the dark.

Right now, most Zelda fans are probably focused on waiting for the next game in the series, Tears of the Kingdom. The upcoming Zelda game got a brief overview of its world in a teaser during the latest Nintendo Direct. However, Nintendo is keeping the overall plot a secret for now, leaving many fans to delve into every detail, trying to figure out what’s going on in the continuation of Breath of the Wild.

As a sequel to one of the most iconic parts of the Zelda series, fans are likely to compare the success of Tears of the Kingdom as a sequel to how Major’s Mask succeeded after Ocarina of Time after its release. While impatient fans have time to wait for Tears of the Kingdom, Majora’s Mask is already available to play in the Nintendo Switch Online expansion pack. Anyone who hasn’t tried it yet may want to get into the spirit of sci_bastian this Halloween and play it.

The Legend of Zelda: Major’s Mask is available on Nintendo 3DS, N64 and Nintendo Switch.

Validated Season 2: Rohff Is Driving Unternet Users Crazy In This...