Home Tech A YouTuber Runs Spotify on iPod: You Can Do It Too 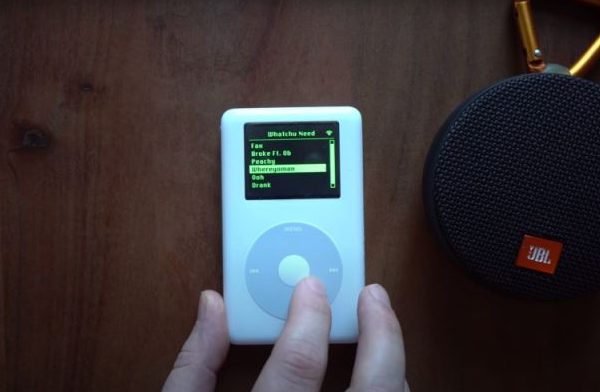 A YouTuber managed to run Spotify on his 2004 model iPod. In order to do this, YouTuber went into a feverish work and explained his project in all details. If you want, you can make Spotify run on an old iPod you have.

People were using music players when internet usage did not become widespread and there were no online music platforms. Consumers who copied the parts downloaded to their computers to the product they own have enjoyed this endless cycle for years. The iPods, produced by the US-based technology giant Apple, were also one of the most popular music players of those years.

A curious YouTuber was able to design his 2004 model iPod to run Spotify. The project, which was brought to life by YouTuber Guy Dupont, seems to be able to give life to iPods that have been thrown aside. Moreover, if you want, you can make your own iPod run Spotify. So how was this possible? If you wish, let’s take a closer look at the details of YouTuber’s project.

Here’s that iPod that can run Spotify

There is something we need to make clear before proceeding. The YouTuber had serious difficulties for this project. So making an iPod capable of running Spotify is not that easy. You also need to spend some money and have a little software knowledge. If you can resist all this, you can give life to the iPod you own.

The 2004 model iPod does not have a built-in Wi-Fi connection support. Naturally, in order to connect this iPod to the internet, it needs to be rebuilt from the beginning. This has added both Wi-Fi and Bluetooth support to the iPod. However, the microcontroller alone wasn’t enough to run Spotify on the iPod. Because there was also a software aspect of the work.

YouTuber has integrated the connectors on the microcontroller into the iPod’s keys. For this, youTuber, who got help from an article on the “Hack a Day” platform, which is the subject of our news from time to time, ensured that the keys work correctly. However, this microcontroller led to Apple’s 30-PIN charging input and the 3.5mm headphone jack being disabled. Using a 1000 mAh battery, YouTuber charges his iPod running Spotify with a microUSB port.

YouTuber developed the software for the iPod himself. For this purpose, Dupont, who customized the application named “Raspotify” that can run on Raspberry, connected the application with the Spotify account using the “Spotify Connect API”. Moreover, this software even allows searching songs on Spotify in its interface.

Development about the release date of the Samsung Galaxy A33

LG presents its new headphones that sterilize themselves