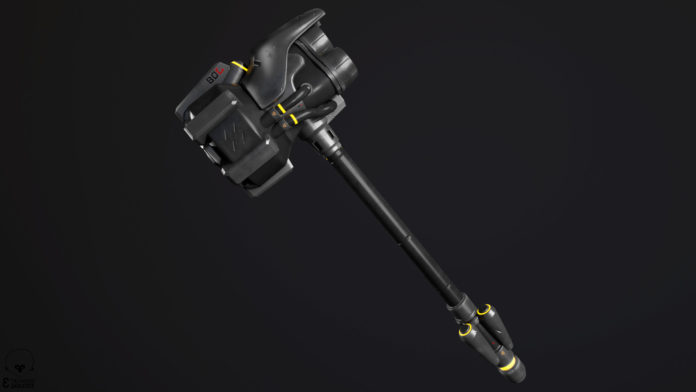 The video sharing platform YouTube has a YouTuber named H-art, with an audience of close to 10 thousand, made a real Reinhardt hammer out of its recyclable trash. The handmade hammer looks at least as impressive as the original on Overwatch.

If you have crossed paths with Blizzard’s legendary FPS game Overwatch at some point in your life, you surely know the character of Reinhardt Wilhelm and his enormous rocket hammer. Well, if we tell you that that hammer is made in real life? And from a trash can!

A YouTuber named H-art made a real Reinhardt tow truck from a recyclable garbage bin . The hammer, with flames behind, looks really impressive, as in the game. The South Korean content producer recently made the famous glove of another Overwatch character, Doomfist, to defeat his enemies.

In the video shared by H-art, we see how the handmade Reinhardt hammer is made. The hammer, which has gone through different stages before taking its final form, is almost indistinguishable from its version in the game. Testing the strength of Reinhardt Wilhelm Hammer on a watermelon, YouTuber separates the poor fruit into atoms.

The hammer, which looks very impressive with the flames behind it, seems to have attracted a lot of attention on YouTube as well. H-art, which has only 7 thousand subscribers on its channel , has received nearly 70 thousand views with this video.

PS5: Video shows what the PlayStation 5 interface would look like