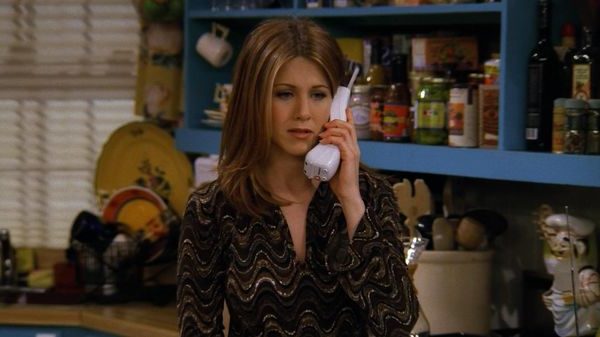 For 10 seasons from 1994 to 2004, NBC aired one of the iconic series that marked an era with the hit series Friends.

Most television shows have plot or continuity errors that are not very noticeable to viewers. However, there are fans who watch everything.

And it is that no matter how successful the program is, they are not exempt from such errors. Such is the case with Friends, which in season 2 showed a continuity error that was recently revealed by a television show writer named Jeffrey Klarik.

About the mistake made in a scene from the second season of Friends, the writer and television producer published a photo of the scene in question involving Rachel Green (Jennifer Aniston).

Jeffrey Klarik posted the evidence on his twitter account and in the first of the two images, Rachel is captured standing next to Monica (Courteney Cox) in a white T-shirt and necklace while carrying a tray at the Central Perk cafe, but In the second photo, her necklace has mysteriously disappeared.

This was one of the most important scenes in Friends, in which Ross discovers that Rachel had been having romantic feelings for him.

Billionaire Announces His Altcoin Investments: I Bought A Lot Of These!