Home Crypto A warning about cryptocurrency from the Bank of Japan to the G7... 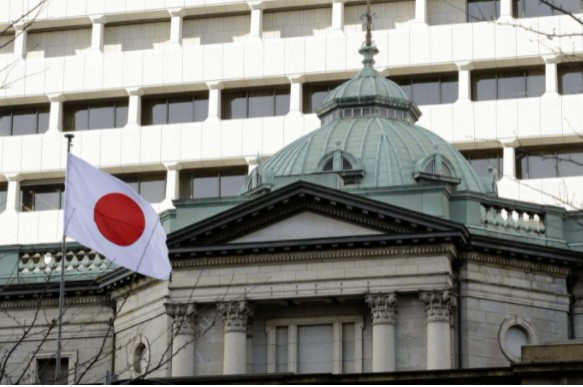 A senior official of the Bank of Japan (BOJ) warned the G7 countries that it is necessary to create a common framework for regulating digital currencies as soon as possible.

The Bank of Japan warned the G7 countries that it is necessary to quickly introduce a common regulatory framework for cryptocurrencies, since the current rules do not take into account the possibility of using digital assets to circumvent sanctions.

The G7 refers to the 7 countries, an intergovernmental political forum consisting of Canada, France, Germany, Italy, Japan, the UK and the USA.

The statement was made in response to the ongoing conflict between Russia and Ukraine, as cryptocurrencies and their potential use to circumvent economic sanctions are coming under increasing scrutiny.

Kamiyama added that a sense of urgency is crucial if the G7 countries want to effectively coordinate actions to regulate cryptocurrencies and digital assets, since the current rules do not fully take into account their growing adoption and spread around the world.

On the other hand, Kamiyama added that this regulatory framework will affect the process of developing the central bank of Japan’s own digital currency (CBDC) — the digital yen.

In addition to his remarks, the head of the payment systems department said that it is necessary to carefully balance privacy with concerns about money laundering and other white-collar crimes.

Japan has no plans to introduce CBDC in the near future

Japan has no plans to introduce CBDC in the near future, Bank of Japan Governor Haruhiko Kuroda said at the FIN/SUM fintech summit on March 29. Kuroda explained that the Bank of Japan plans to carefully consider the alleged role of central bank money in the lives of Japanese citizens.

To ensure the stability and efficiency of the entire payment and settlement system, we consider it important to be carefully prepared for an adequate response to changing circumstances.

Kuroda’s remarks came just four days after the Bank of Japan announced the start of the second stage of testing the viability of the Japanese CBDC. The second stage will begin this month, so the new rules adopted by the G7 will have a certain impact on this process.

Kuroda said that the decision to release CBDC in Japan is likely to be made in 2026, based on the pace of CBDC adoption in the rest of the world.