Home Entertainment A war has Begun between streaming networks to reboot the NeverEnding Story... 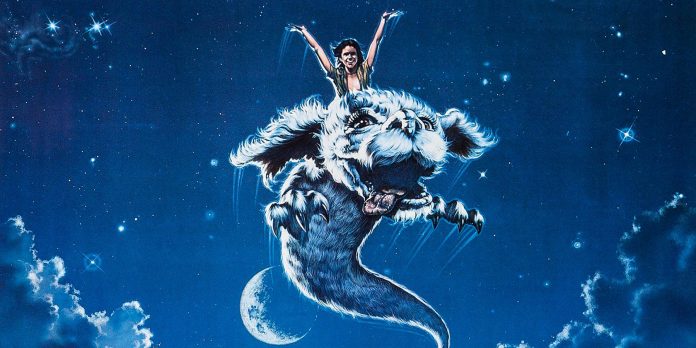 “Endless Story,” which has long been a classic for children in both books and movies, may get a reboot amid a fierce bidding war and competition from leading streaming networks and Hollywood studios.

The American film “The Endless Story” was released in 1984 and is based on a children’s novel by the late German writer Michael Ende. The film was co-written and directed by the late Wolfgang Peterson, and although it was released almost four decades ago, it remains a popular fantasy film that has historically attracted both children and adult audiences.

According to Deadline, several studios both in the US and abroad are currently offering multimillion-dollar deals to the German firm AVA, which manages Ende’s property, in order to obtain the necessary rights to work with Ende’s material. The reboot could be a golden stream, appealing to both a younger audience and Generation X and millennials, who will undoubtedly be interested because of their nostalgic love for the 1980s original. The frame of the film, which takes place in the real world, tells about a little boy Bastian (Barrett Oliver), who finds a magic book and a story about the adventures of a brave warrior Atreyu (Noah Hathaway), fighting evil forces. In the land of Fantasy among monsters and fantastic creatures to save the Baby Empress (Tami Stronach).

While the first film was adapted only from the first half of Ende’s work, the second half was followed by a sequel, The Endless Story II: Chapter Continues (1990). The third part, NeverEnding Story III: Escape from Fantasia (1994), was an original story based on the characters and the world of the End. More than a decade ago, Warner Bros, which released the original films, together with Leonardo DiCaprio’s “Appian Way” discussed a possible reboot, but could not come to an agreement with Ende’s estate.

The appeal of the “Endless Story” as a material, no doubt, lies in its character as a rich fantasy fairy tale, which includes many popular images of the fantasy genre, including a dedicated hero, an endangered princess, mythical and fantastic creatures and sinister dark forces. With many other films and series reviving the genre of children’s fiction, such as the recent Amazon Prime Video hit based on Tolkien’s “Rings of Power,” the entertainment world feels ready for more. The 1984 film also gained some notoriety and renewed attention after its title song appeared at a pivotal moment in the third season of the Netflix series Very Strange Things.

Although the late Ende himself was reportedly unhappy with the adaptation of his work by Warner Bros., calling it “a giant melodrama about kitsch, commerce, plush and plastic,” hopes for a new adaptation may prove fruitful both for his fortune and for any streaming service. it is possible to conclude a successful transaction.

The Endless Story (1984) is available on Amazon Prime Video.

Pokemon Scarlet and Violet Fan Made a brilliant version of Klawf