BitMEX Research announced that they detected an extremely rare case on the Bitcoin blockchain network. According to the statement, on November 11, an invalid chain of two blocks in length was seen on the Bitcoin network.

Bitcoin appears to have a stale chain of length 2, quite a rare eventhttps://t.co/Z2zckMNcWS

BitMEX Research shared data on the Bitcoin blockchain network on Twitter. The company stated that an invalid chain of 2 blocks long was detected in the Bitcoin network, and this is extremely rare.

What does this rare event mean?

U.Today also featured BitMEX Research’s post on this rare event. According to Alex Dovbnya of U.Today, several blocks mined at 656477 height became invalid and rejected on the main chain. Stating that such situations usually occur when two rival miners are generating blocks at the same time, Dovbnya stated that only one of the blocks can be included in the chain in this case.

In the report, it was stated that invalid blocks are not a concern, but double spending could be a security vulnerability that could lead to the duplication of tokens. BitMEX also shared a post about double spending after the announcement. The company said that in this rare case of Bitcoin, double spending was not detected and all blocks were valid. Below the description, he shared the following diagram about the situation: 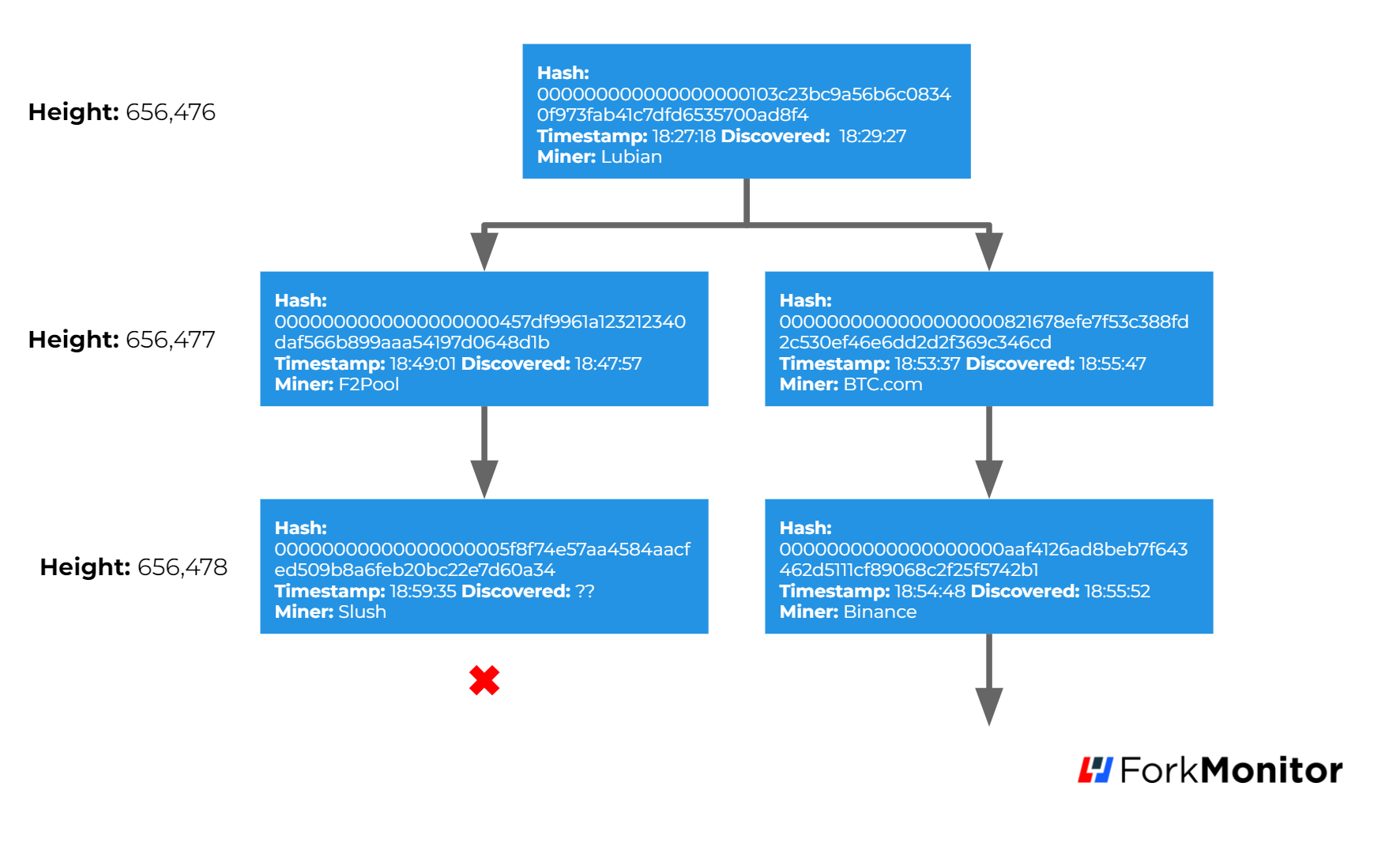 Double spending was determined on January 27

BitMEX Research announced on January 27 that a block with a height of 614,732 was detected in the Bitcoin network. He informed that the block size in question was 0.97 MB and the invalid block size was 0.98 MB. In this block, double spending was determined and an entry of 3 dollars was made.

Scientists Discover a New Virus in the Human Body

History revealed for the One UI 3 UI

Bad News for Ethereum Investors: Date May Be Postponed