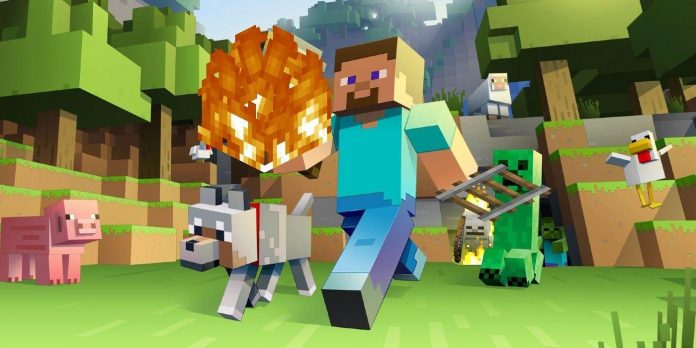 A Minecraft player has built a fully functioning and exciting roller coaster in the game, demonstrating new ways to use the popular sandbox simulator. Players have always promoted what is possible in Minecraft, and with regular updates and downloaded mods, the possibilities for creating interesting gadgets can be extensive. The latest Minecraft update called The Wild adds new biomes, blocks and creatures that players can encounter, offering interesting settings for impressive projects.

There has always been a community of players who are working to find out what is possible in Minecraft coding. For example, the many ways to use Redstone and Sticky Pistons have impressed the gaming community over and over again. In addition, downloading mods like Forestry gives players new tools, animals, and automation options that further expand the possibilities. These types of useful blocks and mechanics are part of what helps bring players’ projects to life.

Link: Minecraft Developers explain how Rage and anger influenced the design of the warden

Demonstrating impressive skill, Reddit user tyingnoose (via GameRant) created a working roller coaster in Minecraft with loops and a fiery ending. The ride starts with a steep descent, followed by the first loop, which is performed by pushing the player up and back using Minecraft slime blocks and sticky pistons. After that, the player goes through several more turns with blocks of slime until he reaches three rings of fire at the very end. Then the player “safely” falls through the bottom, since the fire never touched him. However, there is no landing place, which makes it seem that the player is falling into infinity.

Looking at this Minecraft roller coaster from afar, the ride seems like something of a work of abstract art. However, after seeing it in action, it becomes clear that it works like a real attraction. Aside from a possible deadly ending, this could be the start for players creating their own Minecraft theme parks. If roller coasters are possible, then other attractions could be invented, such as water slides or bumper cars. There may be servers entirely dedicated to creating rides in theme parks, from contact zoos full of rabbits and sheep to larger and more intense roller coasters.

As more and more players become familiar with both the old and new Minecraft mechanics, the gaming community will be looking forward to what happens next. This roller coaster shows that players have many creative opportunities that they can develop and discover together. With a whole range of new blocks and mobs now available in The Wild update, combined with everything Minecraft already has to offer, there’s likely to be a whole new realm of possibilities that can make a blocky theme park a reality.

eFootball 2022 Confirms The Date Of Its First Update After Its...