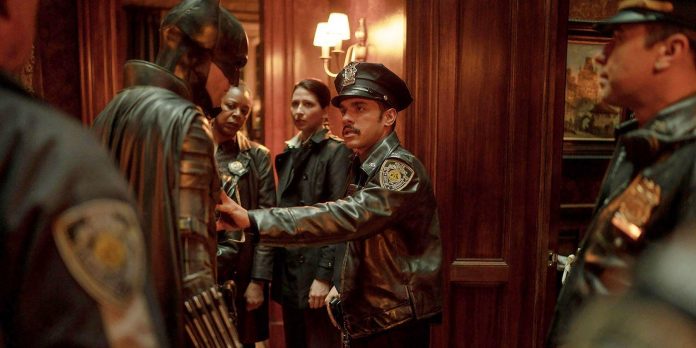 Within a few months, the new favorite character of fans has become the real MVP of Batman, and it’s not JamesGordon , Selina Kyle or Alfred Pennyworth. On the contrary, it is none other than one of the best officers of the Gotham City Police Department, Officer Martinez, who has gone from unknown to viral since the premiere of the film.

Despite sharing scenes with actors such as Paul Dano, John Turturro, Colin Farrell and even with the main character of “Batman” Robert Pattinson, it turns out that the supporting role of Gil Perez-Abraham actually made him quite popular among DC fans. It’s not that the actor doesn’t deserve credit for his role, as Officer Martinez does appear in several key moments of the film that have been carefully chosen to show why he is the best Batman character without exception.

Twitter @CBMovieFan, in fact, just summarized some of the greatest moments of Perez-Abraham, of which there are many. In the end, it’s Martinez who ends up working as the perfect supporting actor, given that it almost feels like he’s not here, but he plays a key role in many scenes. For example, Officer Martinez is the first GCPD member who tries to prevent Batman from going to the first crime scene in the movie, he is Bruce Wayne’s absolute Stan, he physically arrests the Riddler, takes Carmine Falcone into custody and even fell in love with Batman as the movie progresses.

As if all that wasn’t enough, Martinez’s climax may have come when he helps Batman with the final clue to solve the Riddler’s final riddle. He also gets some of the action and maybe some blood splattered on his uniform when Falcone gets hot by the end of the movie. This fine fan theory has been brewing on Reddit for months, and r/EpicHawkREDDIT may have been the first to pay tribute to Officer Martinez.

The Batman reboot story has worked fantastically well for Warner Bros., making room for a future Batman spin-off series that’s already in development, and it’s all happening in Matt Reeves’ own Batverse, and it shouldn’t be confused with the struggling DCEU. This world has its own version of Batman, as both Michael Keaton and Ben Affleck are expected to appear in The Flash, the movie that was supposed to give the DCEU a much-needed reboot until Ezra Miller’s legal troubles disrupted long-term plans. in the studio.

On the other hand, it looks like “Batgirl” is getting nice reviews from the test screening viewers, as the HBO Max exclusive introduces the new DC formula, courtesy of Ms. Marvel, the directing duo of Adil El Arbi and Bilal Fallah.

The Blacklist 8×13: relationship between Anne and Red is highlighted