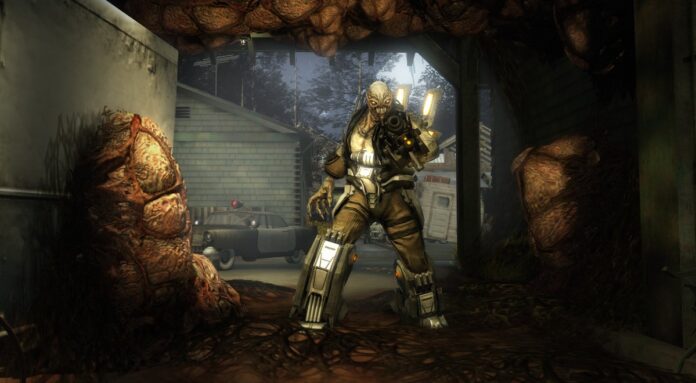 Insomniac Games, the producer company of Resistance, excited the game lovers by tweeting a photo of Resistance 2. It is not known whether the tweet that brings to mind the new Resistance game really represents a new game.

Insomniac Games, producer of Resistance 2, one of the games that many game lovers love to play, excited its followers and Resistance 2 fans with a tweet shared from its official account. The game production company said, “Do you feel lucky, bum?” shared a photo with his post. This was the part that excited the game lovers, because the shared photo was a screenshot of the Resistance 2 game taken on the PlayStation 3 platform.

This shared photo immediately brought to mind the questions: ‘Is Insomniac Games working on the remaster version of Resistance’ and ‘Is Insomniac Games working on a new episode’? In fact, we can say that there is uncertainty at this point because this may be a random tweet shared by the game studio. However, if we think that Insomniac has been tweeting about this series for a while and asked the fans of the studio about the multiplayer mode of Resistance 3, we can say that the excitement of the game lovers may be close.

Here’s the Insomniac Games tweet that excites gamers:
Over the past few years, fans of the game have been asking the studio about possible remaster games and the new episode for PlayStation 4. Although the studio said several times that it was ready for the new Resistance game, it also said that the IP was in Sony’s hands. Insomniac responded to the question about the return of the series in 2015, “Sony has Resistance IP. It’s up to them.” This was years ago, however, with Sony’s acquisition of Insomniac, the studio may have a chance to work on sales.

Ted Price, Insomniac CEO last year, said, “It offers greater opportunities to Insomniac to join the WWS family and achieve the goal of our studio. We have had a special relationship with PlayStation since our foundation. Our partnership is increasing our potential and Marvel Spider- Man was also proof of that. We are excited to take a new step in our growth with our long-time partner, WWS. Most importantly, we look forward to providing fresh, new experiences to our fans. “