Home Entertainment A thief Steals Pokemon Cards and Tries to Sell Them back to... 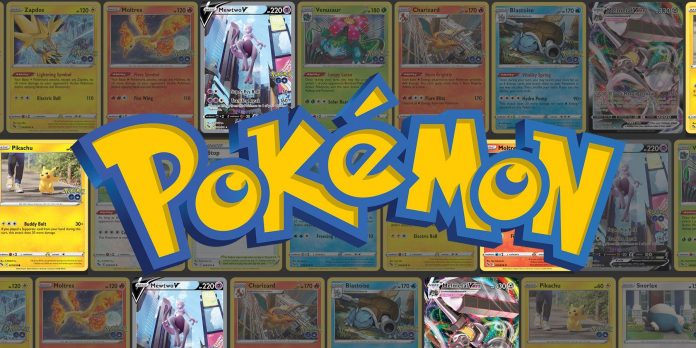 The alleged thief broke into the store, stole several Pokemon and Magic: The Gathering cards, and later returned to try to sell them back. Many people will probably agree that this was not the wisest move on the part of the alleged thief, but in the end it helped him get caught.

Pokemon cards are often the target of theft because, although most of them are not of great value, incredibly valuable gems can be hidden in these sets of cards. Some people dream of finding a lost folder with Pokemon cards, which will contain an unexpected amount of $ 50,000. Unfortunately, there are people who do not consider it enough to hope for a lucky find in a dusty garage.

On August 9, a 37-year-old man named Miles Vaughn Pinogach allegedly hacked and stole Pokemon and Magic: The Gathering cards worth more than $20,000 from a collectible card store in Bellingham, Washington. According to the Bellingham Herald, Paynogach broke the glass of the front door of the store around midnight to commit theft. The police were called and a protocol was drawn up.

However, then the story becomes even more strange. A little less than a month later, on September 3, Paynogach apparently returned to the same store and tried to sell back some of the things he had stolen. The employee was confronted by a man who replied: “I’ll rob you again, [expletive].” Then Paynogach ran away from the store, but forgot to take the stolen Pokemon cards with him. The store identified the cards as matching some of those stolen a month earlier. The police were called again, although this time the store was able to provide them with a photo of the Paynogach.

About eight hours later, the police arrested Paynogach. Along with a large number of Pokemon trading cards, the police also found fentanyl and methamphetamine, although it is unclear whether he carried these items with him or they were found during a search of his house. Paynogach was prosecuted for a number of crimes, including first-degree theft, second-degree possession of stolen property and first-degree human trafficking. He has since been released on his own recognizance.

The man from Bellingham, Washington, isn’t the only person tempted by Pokemon cards and the fast money they had to offer. There were several cases when people were caught on the run with valuable things. At the end of August, a McDonald’s employee was arrested for stealing Pokemon cards that are offered at the Happy Meals restaurant. And just a few months before that, another man was caught in a Walmart store stuffing packs of Pokemon cards worth $150 into his pockets and backpack.

Stray Kids: What Time Does The Thunderous MV Premiere In Your...