Home Crypto A Thai giant company has invested in this altcoin! 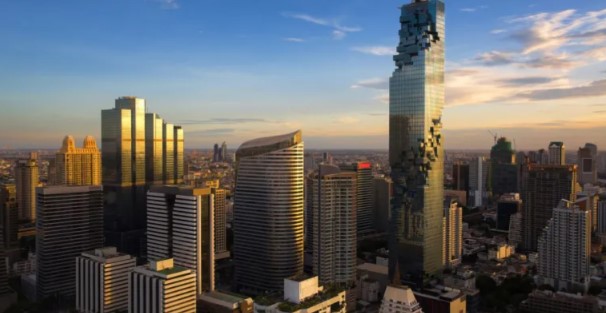 Gulf Energy, a Thai giant energy company headed by billionaire Sarat Ratanavadi, announced today an investment in Binance. A new company was created to invest in the altcoin/token exchange.

A Giant energy Company is Investing in these altcoin Projects

Gulf Energy said it is investing in shares issued by BAM Trading Services, a company that manages the cryptocurrency exchange Binance.US , according to a regulatory filing filed on April 18. The investment was made through a subsidiary of the company. According to its website, on April 6, the exchange launched a $200 million fundraiser worth $4.5 billion.

Separately, according to a document published on April 18, Gulf Energy created a company called Gulf International Investment Limited to invest an unknown amount in BNB, the native token of the BNB Chain, a blockchain used by Binance.

It is noteworthy that in the second statement, Gulf Energy says that these actions “correspond to the goal of the business to become a leader in digital infrastructure, and also create more chances for the company to develop in other cryptocurrency-related activities in the future.”

The Thai company, through its subsidiary Gulf Innova Company Limited, announced its intention to create a cryptocurrency exchange in Thailand with the Binance group in January. In the second quarter of this year, both sides expected the completion of the transaction. In a second statement, Gulf Energy said that on April 13, Gulf Innova signed a shareholder agreement with Binance to create a cryptocurrency exchange. The duo also stated that they are considering cooperation with local authorities. According to the second file, “after the creation of the joint venture, it plans to apply for a license to exchange cryptocurrencies and additional licenses to the relevant authorities.”

According to Somanews, an official statement from Gulf Energy to the stock exchange of Thailand was received on Monday, and the firm said:

Analyst with forecasts: AVAX and points to these altcoins!

Tax News Has Arrived: This Altcoin Is Gone!