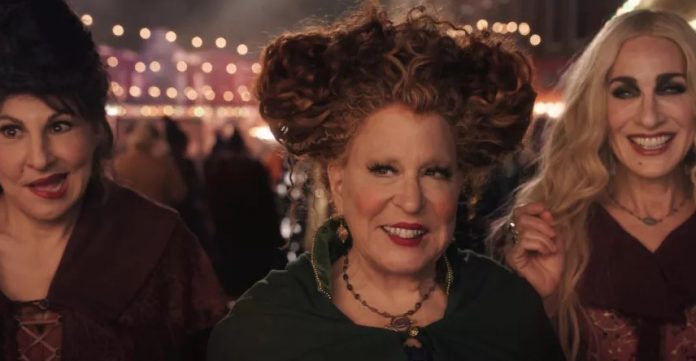 Ever since “Hocus Pocus 2” came out on Disney+ last weekend, the Sanderson sisters’ return has been the talk of the Halloween season. The film became the most successful original of the streaming service. In addition, fans of the original were delighted with it, saying that it was “insanely good time” and “worth the wait” 29 years after the Hocus Pocus. However, one mother of three, who lives in Central Texas, recently went viral for warning families against watching the new release.

Jamie Gooch first shared her thoughts on Hocus Pocus 2 on Facebook, but the post has since been deleted. However, a mom from Texas told KWTX about her thoughts on the original Disney+ movie. She warned viewers of the “worst-case scenario” that it could “bring down hell on your children and in your home.” Here are some more of her thoughts:

“The whole movie is based on the fact that witches take children for blood sacrifices… I believe everything that appears on our TV screens: something is attached to it, I myself saw what I saw with my own eyes or heard on the TV screen they manifest themselves in real life. Everyone thinks it’s fake and innocent, but they can use any spell they want. Anything can get through this screen into your home.”

Gooch and her family do not participate in Halloween and are a family of the Christian faith. The woman, who lives in Troy, Texas, said they had not participated in the October holidays for four or five years, sharing that “the thought of exposing our children to darkness” “upsets” her. Shortly after the viral moment, another one occurred when a parody of the original Jimmy Kimmel Live video! Writer Blair Erskine exploded via Twitter:

The Texas woman initially had warnings about “Hocus Pocus 2,” but she also delved into a larger issue that she believes matters in regards to what people choose to bring into their homes through TV screens. While Gooch certainly gets her share of laughs and sidelong glances from fans of “Hocus Pocus” and “Halloween,” she shared that “a lot of people agreed with her, too.”

In general, Gooch hopes that her words “matter” even for “one person’s life.” Although she understands that many people “won’t understand” her views, the Texas mom said that, in her opinion, as a Christian, “we hold ourselves to higher standards.” Disney has reached out for comment about Gooch’s concerns, but has not given any answers.

In Hocus Pocus 2, Bette Midler, Kathy Nagimi and Sarah Jessica Parker return as the Sanderson sisters after the first film became a staple for families during the Halloween season. (Unfortunately, Thora Birch is not among the returning actors). Although the film could certainly have made a profit in theaters, it got straight to Disney+ subscribers and became a huge hit.

You can read our writer’s thoughts on setting up Hocus Pocus 2 here on CinemaBlend. You can also see which upcoming horror movies are heading to theaters and streaming this spooky season for those participating in the Halloween season.

Official PSG Averages In FIFA 22; The Best Team In The...