Home Entertainment A Tale of Synapse: The Chaos Theories, welcome to the world of... 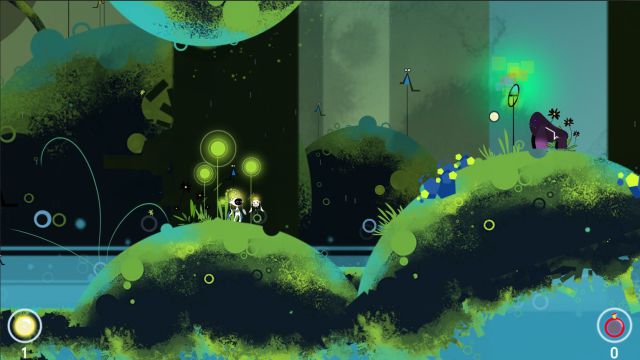 A Tale of Synapse: The Chaos Theories: Tesura Games publishes in Spain the nice platform and puzzle game developed by Souris-Lab. They say that the phobia some feel about mathematics is due, in part, to the way it is taught. To understand them you have to understand their logic, know why an operation is being carried out and reflect on its usefulness and purpose. Who has not solved an integral without having a clue about its true meaning? A Tale of Synapse: The Chaos Theories, the new video game from the French studio Souris-Lab, is not going to teach you the whys, but it does build its gameplay through math-based puzzles, so it integrates the playful component into the problem solving.

The story, as is often the case with these kinds of games, is little more than a succession of excuses to begin interacting with your world. Sci and Néro travel through a colorful universe full of platforms and challenges to discover. Everything begins one day like any other, with Néro in the library, one of his favorite places. The creature has spent so much time with the librarian that they have developed a kind of parental filial relationship between the two of them. He spends hours and hours surrounded by volumes, tasting their secrets and what their lyrics and phrases hide.

One fine day, our protagonist is sent to the basement to perform some maintenance tasks, you know, cleaning and stuff, lest the rats devote themselves to gnawing on the leaves. It doesn’t take long for him to discover that the volumes are being entombed by layers and layers of grayish dust. Unfortunately, bad luck takes possession of the situation, although with one of lime and another of sand: by mistake it releases evil forces, monsters that populate the world from that precise moment; at the same time, he also brings Sci out of his prison, an ethereal creature that reminds us of a jellyfish. In this case, it is a kind soul who assists us throughout the adventure.

A game that stands out for its visual style

The work, edited by Tesura Games, allows us to go through more than 45 levels distributed in different worlds. It is one of those projects that attracts attention for its precious graphic section. The developers have opted for two dimensions, with sprites of enemies and protagonists that stand out especially when the camera is close to them. In this case, the player does not have direct control over it, so it is the title that guides us through the levels. Sometimes he plays tricks on us, because it is not always possible to have a complete photograph of the elements that make up the puzzle we are facing. On an aesthetic level, A Tale of Synapse draws attention to the moment, but it is necessary to analyze the whole to determine whether or not the product is up to its graphics.

Souris-Lab has conceived this video game for your enjoyment both individually and cooperatively. Players who choose this first option will be able to control Néro and Sci. The first of them is the main character, so he will be in charge of jumping and advancing through the levels. The second can be controlled in a secondary way as a support, since it allows us to collect elements of the stage and transport them to other places, an essential action for solving the puzzles. In the case of cooperative play, each of the players manages one of the characters. We have played it alone, but everything seems to indicate that the ideal way is to do it in local multiplayer.

Space Jam: A New Era, Know All The Details Of The...