Home Entertainment A surprise villain may appear in the Molten Mirrors DLC for Tiny... 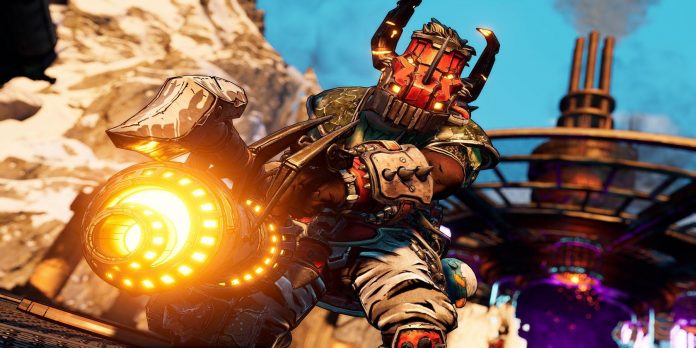 While many Tiny Tina’s Wonderlands fans are looking forward to the upcoming DLC class, they have a new mystery mirror they can play with. While this is still not what fans wanted from the content after the game’s launch, as proper expansions would be preferable, most agreed that this is the best of Tiny Tina’s Wonderlands DLC at the moment.

Tiny Tina’s Wonderlands DLC Molten Mirrors features a wide variety of tasks that must be completed before the boss battle, as the mission offers players to complete four different tasks in four rooms. His boss, Fedor, is also funny, as he comically comments on the players’ attempts to get to his boss’ arena. However, that’s not all he does, as he constantly warns players that Vesper is the one to be wary of.

RELATED: Tiny Tina’s Next Wonderlands Game Should Use the Cyberpunk Tabletop Universe

Currently, fans know very little about Vesper, and Gearbox describes her motives as “incomprehensible.” Why the soothsayer instructs players to clean mirrors in exchange for loot wasn’t clear in the first two DLCs, but with the third, fans immediately realized that it was personal. Vesper wants Fedor to be killed, as this will increase her strength, which may turn out to be a mistake.

Throughout Molten Mirrors, Vesper opens portals allowing players to navigate through each area. After these portals are made, Fedor warns the player that he does not know “what Vesper is”, saying that the Creator of Fate should be afraid of her. Although Fyodor does not seem to be a good person in any way, it does not seem that he is lying when he makes these comments, so both his fears and warnings may turn out to be sincere.

If so, Vesper may become the final boss of the fourth mirror of secrets, which will be called Shattering Spectreglass. Even this name seems to hint at some great discovery, since the illusion created by Vesper can be destroyed, as can the concept of glass mirrors. It would be strange to hint that Vesper has a dark side, but not to show a teaser, so it’s safe to say that she will show herself to be a true villain in the Season Pass content.

Vesper, with such great power, ensures that the battle against her can be more interesting than what is seen with other DLC bosses, as she can essentially change everything around her level. Not only could she throw unique targets at the player in the lead-up to a fight, mixing things up on the fly to catch them off guard, but she could also easily make adjustments to her boss’ arena layout. If she has full control, she can also summon any mob from Tiny Tina’s Wonderland she wants, creating a greater variety of enemies in the fourth Mirror. Players could also hear her getting more aggressive with each difficulty level, completely getting rid of her kind-hearted storyteller image.

Obviously, this is just speculation, and there is no confirmation that Vesper will really be an antagonist who will turn away from the Creator of Fate. However, Gearbox has constantly teased that she has some ulterior motives, and Fedor’s warnings about Vesper are very relevant. Fans should somehow get some answers in Shattering Specteglass, and the fourth DLC also brings a promising Blightcaller class to the game.

Why Fortnite had to add the Claude-6 Destiny skin