Home Entertainment A student reacted perfectly to the fact that a classmate mocked her... 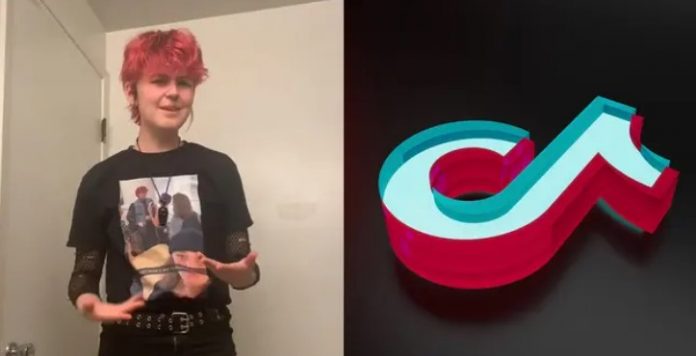 TikToker went viral after giving the perfect response to one of her classmates who made fun of her punk rock outfit, implying it was a Halloween costume.

Fashion is one of the most popular ways people express themselves, especially in public and at school.

TikToker die.for.you does exactly that with her punk rock outfits she wears in high school. She had no idea that on that school day a classmate would share a photo in which they “ridiculed” her style.

TikToker managed to turn the incident into a viral video, thanks to what many consider to be the perfect response to her classmate’s actions.

The Dying.for.you video, uploaded on October 6, has been viewed more than 8.5 million times. In it, she shows a photo taken by her classmate, from which it follows that her punk rock style is the equivalent of a Halloween costume.

The video quickly switches to her in the bathroom, showing that she has printed the image on a T-shirt. In the caption to the video, she explains that she tried to add a guy to Snapchat, but he blocked her.

However, tiktoker made it clear in the comments that he did not want to hate his classmate.

“Before I see the negative comments. I don’t hate this child,” she explained. “I thought it was funny, and my friends and I made the shirts be kind.”

Michael Fishman talks about leaving Conners, and it Looks like that’s...