Home Entertainment A strange mistake The Last of Us Part 1 creates a huge... 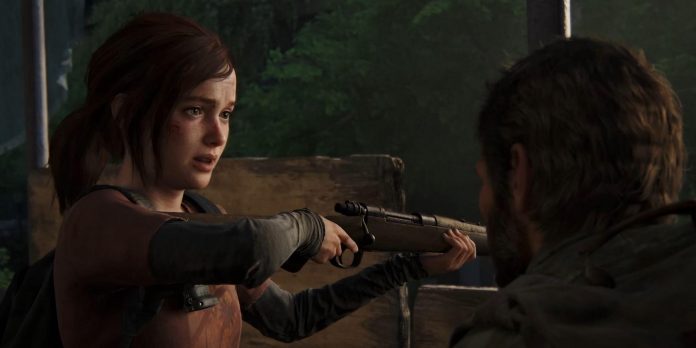 The Last of Us: Part 1 received extremely positive reviews at launch, although it was not as highly appreciated by critics as the original game or its sequel. The Last of Us Part 1 also seems relatively smooth with a few glitches or bugs. This applies to Naughty Dog games in general, as their titles are not known for being riddled with problems. However, probably no game is free of bugs, and one fan recently encountered a funny glitch in the game.

User andrushkap shared a video about a strange error related to the distribution of blood in The Last of Us Part 1. In the video, Joel is trying to hide from enemies and approach his destination unnoticed. The opponent rushes forward, but Joel kills him with one blow of the axe. Then an unusually massive pool of blood begins to appear under the dead body, which even spreads to the next room. The user sees another opponent shooting at him as the encounter continues and Ellie joins the battle.

there’s a lot of blood. from telastofus

Many gamers comment on a funny glitch, one of whom called it the best bug in The Last of Us Part 1 at the moment. A Bloodborne fan quotes a well-known phrase from the game: “We are born with blood, made by people with blood, destroyed with blood,” and other players join the lines from the rest of the cut scene. One user even wants Naughty Dog to add this effect as an unlockable modifier that makes blood flow, as shown in the clip.

Some fans claim that Ghost of Tsushima has a similar blood effect, but it wastes one charm slot. This charm in Ghost of Tsushima is called the Charm of Carnage, and it makes all combat encounters more bloody. It was added to the Ghost of Tsushima: Legends DLC after the launch of the game, which may be the reason that some users have not heard of it.

The Last Of Us Part 1 is already available on PS5, a PC version is in development.

Poblets: how long to win

The Walking Dead: Special Will Focus on Negan, Daryl, Maggie and...