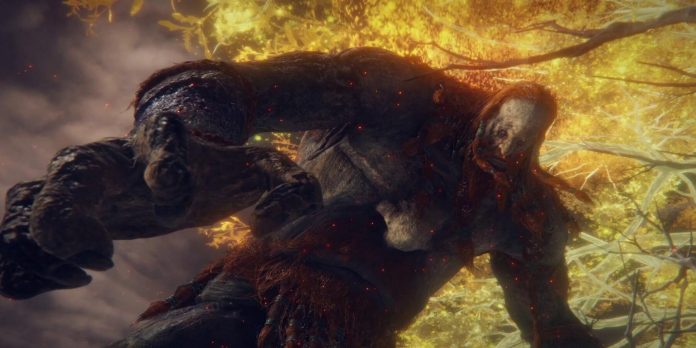 Elden Ring can be considered a masterpiece, but it is not without some bugs and glitches. Recently, one of the fans of Elden Ring noticed that one of these problems arose at the most inopportune moment: a mistake killed them in the second half of the battle with the boss of the Fire Giant.

The Fire giant serves as a wall for many players, as the massive boss is incredibly mobile, despite its size. While its first phase is simple enough, as players need to dodge several heavily telegraphed punches as they crash into the monster’s legs, the second phase is much more difficult. With less obvious weaknesses, the boss’s health reserve seems huge, and his constant rolling and fire-based attacks can be difficult to bypass. Unfortunately for the Reddit user Ivo_Snajper, he never had the opportunity to even try to pass the second stage.

After breaking the Fire Giant’s health bar with some Elden Ring jump attacks, making sure they had a perfect first phase and had all the spare vials for the second phase, a glitch occurred. Apparently, due to the fact that the Elden Ring player caused a Torrent right at the beginning of the cinematic video of the Fire Giant, and then missed the transformation, the audience saw a very interesting angle as soon as the gameplay resumed. This is because the camera was no longer focused on Ivo_Snajper.

You just have to love it when torrent runs away from you and lets you drown on land from Eldenring.

After the video, the camera switches to Torrent, who runs away from his Tarnished and through the flames left by the Fire Giant. Oddly enough, there are black threads trailing behind him, which could possibly be the player’s limbs reaching for the horse when they are left behind. Eventually, the horse reaches the boss and they are quickly killed by its fire. Although players have seen Torrent running away from them before, this usually doesn’t happen when they are riding a horse. Thus, gamers see the other side of this error when the camera returns to the character and the Sniper.

The Tarnished players can be seen waving their arms before starting an endless animation of falling just inches off the ground. It seems that the game has no idea how to react to the disappearance of the Torrent, resulting in a strange free fall. Obviously, the Reddit user can’t control his character, and the Tarnished one ends up dying randomly after falling for a few seconds. The description of the player character “drowning on land” is a good one, as the way he swims until he dies looks pretty spectacular.

Considering how strong this player’s Elden Ring build was, he most likely won’t have any problems killing the Fire Giant in his next life. So instead of getting upset about this mistake, they were probably just as entertained as the 1,800 Redditors who have voted for this post so far.