Home Sport A statement from Valencia! Will Maxi Gomez move to Fenerbahce? 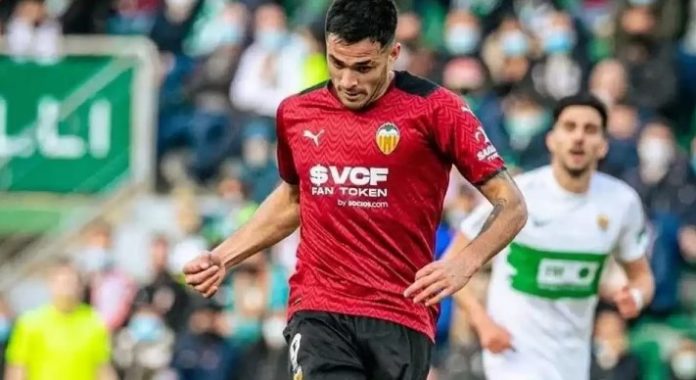 Gennaro Gattuso, the coach of Valencia, one of the teams of the Spanish La Liga, made statements about the future of the football striker Maxi Gomez, whose name is mentioned together with Fenerbahce.

“Maxi Gomez is an unusual actress”

Speaking at a press conference before the match with Atletico Madrid, Gattuso said about the possible transfer of experienced striker Edinson Cavani to Valencia: “I am an optimist by nature. We are working, I think we have a chance. plan B. We have 3 forwards in our team. He’s a regular player. “No. he said his words.

“We were preparing for tomorrow’s match with Maxi Gomez”

“If Cavani comes, will there be a player to go to?” Speaking about Maxi Gomez, the Italian coach said: “I have a lot of respect for the players I’m working with now. We have prepared tomorrow’s match with Marcos Andre and Maxi Gomez, who are in the squad. The transfer market is still open and anything can happen. However, I have a request for both of them to leave the team. It didn’t happen.” said.

The name of the Uruguayan striker was mentioned in Fenerbahce, which has recently been planning to strengthen the attacking line.

The contract of the 26-year-old football player, who moved from Celta to Valencia in 2019 for 14.5 million euros, is calculated until 2024.

Maxi Gomez, who spent the most successful periods of his career at Celta and plans to compete for the Uruguay national team at the 2022 World Cup, scored 5 goals and made 3 assists in 32 games last season.

Bucks and Lakers never tire of winning; Harden to exceed 50...